A first ever practice in Turkey: Islamic memorial service at Presidential Palace on Victory Day 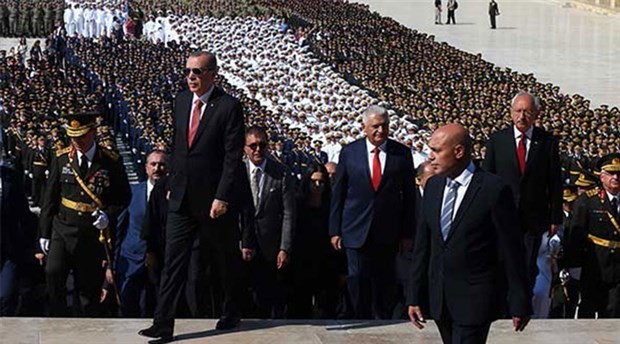 This year’s official ceremonies for the Victory Day in Turkey on August 30 were marked by first-ever practices reflective of the growing influence of ruling AKP’s (Justice and Development Party) anti-secular tendencies.

On the 95th anniversary of the Victory Day, AKP officials and their supporters who attended the ceremonies at Atatürk’s Mausoleum (Anıtkabir) in Ankara were observed making the ‘Rabi sign’ insistently, while also chanting slogans in support of Erdoğan saying, ‘Stand straight and don’t bow; this nation is with you, Chief’. 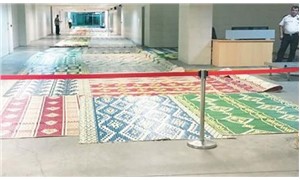 Religious chanting in the court house

Also as a first, the official ceremonies at the Presidential Palace on the same day were carried out under an Islamic memorial service, called Mevlit, where verses from the Koran were read by imams in the Palace.

Erdoğan’s speech, as well as, his note on the diary at Atatürk’s Mausoleum included references to July 15, the day marking the repulse of an attempted coup alleged to have carried out by Gülenists, former partners of AKP.

Keeping close contact with MHP’s (Nationalist Movement Party) chair Devlet Bahçeli during the officials ceremonies, Erdoğan avoided shaking hands with the chair of the main opposition party CHP (Republican People’s Party) Kemal Kılıçdaroğlu, who had attended the ceremonies in Ankara after having completed his party’s five days long ‘Justice Congress’ in the western province of Çanakkale.