Henri J. Barkey had been claimed by pro-AKP news sources to be the secret service agent of CIA behind the coup attempt but it has been revealed that they had invited him to the Princes’ Island themselves. A writer in Karar newspaper, Dr. Akgün, who talked to Barkey in the island on that night, said: “How could they make up these kinds of fantasies? It’s really saddened us that Barkeyhas been put in this position because of his identity.” 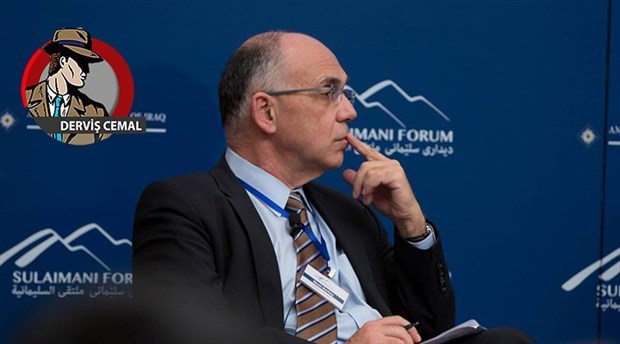 Henri J. Barkey, who had been claimed by pro-AKP media as being a secret service agent of CIA behind the July 15 coup attempt, has been reported to have been invited to İstanbul by officials close to the current administration. News sources such as Yeni Şafak, Star, Akşam, Sabah, and Haber 7 had alleged on their frontpages for days that Barkey had fled Turkey and gone to Greece. However, it has been explained that Barkey was actually invited by a group of officials and professionals to a conference at the Princes’ Islands, where Kültür University Associate ProfessorMensur Akgün, who is a Karar newspaper writer known for his affinity to the government, had also attended.

Dr. Akgün said he could not make any sense of the claims spread by certain sources and the media in support of the current government about Barkey being the name behind the foreign connection of the coup attempt.

Yes, Barkey was indeed at the Princes’ Island on that night

In his statement, Akgün said the meeting at the Princes’ Island had actually been held, on the first anniversary of the treaty signed for nuclear disarmament of Iran, in order to evaluate the situation in the region, adding that the claims reported after the meeting, where Wilson Center’s Middle East expert Henri J. Barkey had attended, were nonsense. Akgün also explained that the meeting had been arranged previously but been postponed due to certain complications in Turkey; then, by coincidence, it was held on that night. Furthermore, Akgün added that the topic of the meeting was not on Turkey.

Akgün shared further details, stating: “The meeting did not start on Friday evening, though it has been claimed to be so. It started in the morning on Saturday but we met there on Friday evening. Actually, we were even a little late. People dined at two separate tables, then, at around 22:00, my wife called me and said ‘there is a coup.’ I said, ‘No’ but then it was understood. So, I – and, other people, too, I assume - went up to our rooms and started watching the news. We got up the next morning and held our program as planned. I started off the first session on Saturday morning; gave a speech; and, then, left there in order to write my report. Actually, we thought about cancelling the meeting but there were too many people who had come from abroad for it. So many experts from around the world were together and we were to release a report after the meeting; so, we thought it would be more appropriate to continue with the program. Of course, people were really worried. There was a coup attempt; and, the airport was attacked and shut down. They were thinking about how they were going to fly back. The participants were not only from America. There were participants from Afghanistan, as well. Actually, a very important Saudi expert was also to attend but he cancelled it at the last minute. From Turkey, Şaban Kardaş and Bayram Sinkaya were there,too.

‘It saddened us that Barkey was accused’

Akgün pointed out that although he was not listed in the program, Sinkaya came, with his wife who was on vacation, adding, “because, he works on Iran. The names there were those who are important in the field of Middle East. The meeting was held with these people but then we felt really saddened because of the accusations on Henri Barkey after the meeting was finished.”

Akgün expressed that he has submitted an official disclaim and will file a lawsuit against those have released such reports, putting himself, the school, and the participants in a difficult situation.Akgün said he thinks someone from a news-source made the wrong connection between an article published on the newspaper and the meeting; then, the allegations spread. He added, “Supposedly, I were to threaten the government”.

‘Of course, he will speak’

Pressing that such thing does not fit Turkey’s media, Akgün expressed, “Considering the situation that Turkey is now in, we must be talking about much more serious things. Where could we go with these unreal fantasies? It was nothing but a completely technical meeting. It took place at a hotel in Princes’ Islands and the doors were open. Participants sat together with all other people. What is the secret about it? Plus, the people we’ve held the meeting with are experts. How could they make up such fantasies? Also, Henri Barkey is an expert on the Middle East from Wilson Center. Of course, he will speak. If there had been a coup at that time, of course, people would call him up and talked to him. But what he had said does not matter to me.”

He left after staying for four days

It has been proved through official records that the ‘moderate Islam’ theoretician Barkey, who often praises Gülen, had arrived in İstanbul on July 15, the day of the coup attempt and left after staying for four days. According to the records from Atatürk Airport, Barkey arrived in İstanbul at 10:24 on July 15th and departed at 04:05 on July 19th. It’s been reported that Barkey stayed at the Princes’ Islands during these days and held several meetings in İstanbul.

Henri J. Barkey is a ‘moderate Islam’ theoretician who has personally given reference for FethullahGülen to receive green card from the USA. Having been in close connections with the Gülenists,Barkey has been often attending meetings at the organization’s schools, especially in the Middle East. Originally from İzmir and born in İstanbul, Barkey speaks Turkish fluently, at the level of a native-speaker; he had previously caught attention for his statements where he said ‘Gülen has no ties with the CIA.’ Barkey is also a close friend of Graham Fuller, a former CIA agent who had also given reference for Gülen to receive a green card.