Hanni el Khatib, the famous name of your garage music, which has made a big hit in music lists, is meeting with his lovers tonight in Babylon... 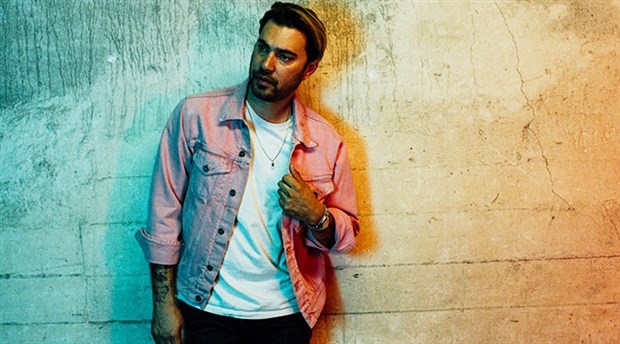 Musician Hanni El Khatib is going to meet Turkish audience tonight in Babylon. I spoke with Khatib, who was born in the US as a child of a Filipino mother and a Palestinian father, and his latest album Savage Times before concert tonigt.

I have the tendency to think of music in a non linear way. I don't think any genre of music needs to ever be restricted by rules or constraints. Sure it's ok to classify genres, but it doesn't mean that you have to stick to the cliches of what's expected when you're making your music. I do consider what I make to be rock music but I'm very open minded when approaching a song and will not leave any source untapped.

Being that I'm always pulling musical ideas and sounds from multiple sources of inspiration, I think that the one thing that may help tie all the music together could be my voice. That is usually the one constant when I'm experimenting and bouncing around from genre to genre. I typically approach the lyrics and vocal melodies in the same way no matter what the musical backdrop may be.

IL is doing great. We've been hard at work with new releases from our artists as well as continuing to grow the roster with new artists. I'm personally really excited to see what's to come. The thing about putting out records of bands that we love is that there is no shortage of great music for me to listen too. As for my day to day duties for the label, aside from finding artists and sometimes producing records for them, I'm the label's art director. I pretty much over see all the art and design that is produced by the label. And in a lot of cases I will design and art direct full packaging and whatever is needed for certain artists. It's a lot of fun and I really enjoy working on projects on the visual side of things. It's a much needed change of pace for me because I do spend so much time in the studio and on the road touring.

Well, when I did "Head in the dirt" I was very much into a more straight forward approach to rock. I also did that album with Dan Auerbach from the black keys with musicians that he knew. We all clicked and became fast friends so the recording process was pretty easy and relaxed. We really wanted to go for a live sound and just capture songs how they felt and sounded when we played them in the room live. The next album "Moonlight" was solely written and produced by me and it was the first time I was able to be in a real studio for a decent amount of time and really get into experimenting with sound and ideas. I think I took what I learned from Dan in regards to production and really went deep into that side of recording. A lot of that record was tracked by myself using tedious overdubbing and a whole lot of trial and error. Each song was definitely a longer process to get the end result compared to the way we did things on the previous record. But in the end I think I really needed to explore that style of production and recording in order to get me to the next record. Strangely I feel "Savage Times" may be a little closer to the way I did my first album "Will the guns come out". I focused on the song itself and lyrics first and foremost. The production and technique was all secondary. But unlike when I recorded my first album, I now have a bit more knowledge about how to make things sound the way I want. So it made things easier for me to achieve musically and sonically. Another thing with this new project was the way I quickly recorded each song and released them as I was making it. I wanted to not be able to really over think the music. I wanted it to be guttural and spontaneous.

I've never been to Turkey and from what I know, it is a very beautiful country and so I'm excited to just be there. Looking forward to meeting the people and enjoying Turkish cuisine. The fact that we get to play some shows is the bonus. I'm curious to what the music scene is like out there. It's gonna be a great trip.

I was saddened by the news of the attack and worried for the people that were there that night. The fact that it was canceled made sense to me. This event is what made me wanna get back in the studio again and work on some new material, which ultimately became "Savage Times". We eventually came back to paris and have played a few times since then.

I hope that everyone attending will just have a fun night and enjoy some loud rock music with good company.