In a recently published report, titled as Turkey: No end in sight: Purged public sector workers denied a future in Turkey, Amnesty International drew attention to the massive dismissals of state employees – including police officers, teachers, judges, academics, health professionals, and more – and defined the government’s ‘emergency decrees’ ordering the dismissals as ‘arbitrary.’

‘Dismissed public sector workers have not been given reasons for their dismissal nor do they have an effective means to challenge the decisions’, said the introductory passage of the report.

Conducted in Ankara, İstanbul, and Diyarbakır between December 2016 and April 2017, the report of the AI includes a total of 61 interviews, 33 of which were with the dismissed state employees themselves. After also having met with lawyers, NGOs, representatives of labor unions, and Turkish authorities, AI concluded in its report that the dismissals were arbitrarily based on political grounds and no official justifications were prov 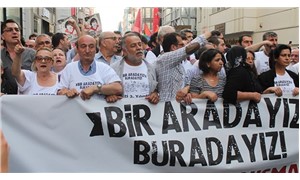 While the consequences of dismissals are defined in the report as ‘civil death’, the lack of legal remedy or appeal is also emphasized.

In a conclusion section called as ‘Recommendations’ to the Turkey’s government, the report said the following:

Ensure that any disciplinary proceedings are brought on the basis of an employee’s capacity and conduct in their employment rather than their political opinion or exercise of their human rights such as freedom of expression, peaceful assembly, or freedom of association;

Ensure that public sector employees subjected to disciplinary proceedings are afforded the right to trade union representation and have an effective opportunity to present their defence before any sanctions are imposed;

Ensure that in the event of any disciplinary proceedings resulting in suspension or dismissal, the consequences do not result in denial of human rights, notably, the right to work, freedom of movement, health, housing and adequate standard of living;

Establish a genuinely independent, impartial, transparent and effective appeal mechanism by which public sector employees can challenge dismissal from their jobs and expulsion from public service under the decrees, in which they have access in practice to legal representation and assistance so as to ensure their right to an effective remedy;

Ensure that public sector workers found not to be guilty of wrongdoing are able to return to their previous jobs and/or are provided with appropriate compensation.”