An enduring struggle for justice: Saturday mothers mark their 600th week in searching for truth about their vanished family members

The search of Saturday Mothers for truth and justice has reached its 600th week. Wishing to get support not only for today but at all times, the families of those who have disappeared while under custody say their struggle is not only about ‘finding a grave.’ 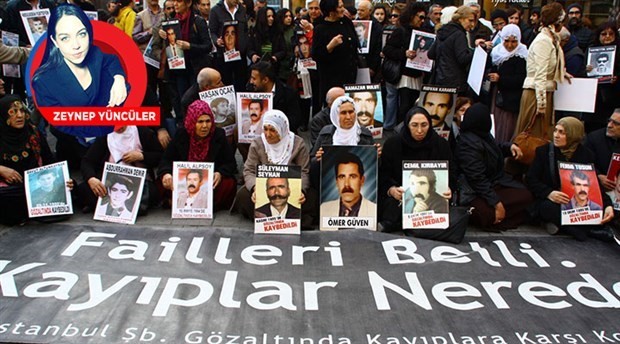 The Saturday Mothers (Cumartesi Anneleri), who held their very first meeting on 27 May 1995 in order to find at least the corpses of their missing family members, have been searching for truth and justice for the past 600 weeks. Having been asking for the whereabouts of their missing family members, they have met at Galatasaray Square at 12:00 noon every Saturday for nearly 5000 days. Today (September 24), they are going to meet for their peaceful sit-in demonstration once again and continue to say: ‘We want our missing ones!’

Among the members of the families of the missing people, İkbal Eren (brother of Hayrettin Eren), Besna Tosun (daughter of Fehmi Tosun), and Umut Bahçeci (brother of İsmail Bahçeci) have shared their feelings and comments with BirGün and called out to people for support for their cause, which is actually the most resilient demonstration in Turkey’s history. 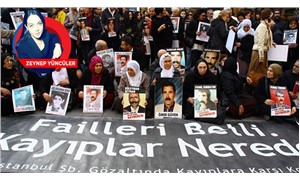 İkbal Eren: ‘Millions of people should address this issue’

Hayrettin Eren was taken into custody in İstanbul 36 years ago and he vanished while in custody. His brother İkbal Eren called out to the sensible people of Turkey to always remember and address this issue. Eren said:

“For me, there is no difference between the 1st and the 600th week. We continue our sit-in, with the same demands, in order to reach our loved ones that are missing; to bring the perpetrators to account; and, to emphasize that it is a crime against humanity to have someone get missing while in police custody. Marking these long-lasting weeks is not the essence of the issue; what is actually important is for the sensible people of this country to always see this crucial problem with people vanishing while in custody and for them to point out this ever-bleeding wound. Because, one of the other purposes for our sit-ins is to prevent the same cases to happen again; to prevent other mothers from shedding tears. Don’t wait for your turn to come! It could be too late! As it was the case in Argentine, millions of people should address this issue. Sensible people of our country are not this little in numbers: we should not be only this much!”

Besna Tosun: ‘Our demonstration is an honor for us but actually a shame for our country’

Fehmi Tosun disappeared 21 years ago while he was in police custody in Diyarbakır. His daughter Besna Tosun mentioned that they continue trying to have their voice heard as the second generation in the struggle, while their own children – who are the third generation – are also growing up witnessing the same struggle. Tosun said the following: “Families that had gathered at Human Rights Association made a decision to start a sit-in, as the one in Argentine held by mothers of Plaza De Mayo, to be able to keep the issue addressed and to prevent other similar cases from happening. They began their search for the truth and justice in 27 May 1995 through their demonstrations at Galatasaray Square. We have also had loses throughout this process. There are also many elderly people who cannot come to the Square. And, as the second generation, we have taken over the responsibility in this search for justice. This is an honor for us but it is actually a big shame for this country. Because, we are also raising the third generation in this square: today, our own children are also present at this Square. 21 years have passed over it. We know that we are not going to find our missing ones alive but we demand our relatives’ graves. However, this is not only a fight to get a grave. I don’t only want to know about my father’s grave. Even if I find it, this fight will continue. The fight will go on until the perpetrators are tried! We call on everyone, not only on the 600th week but at all times, to support the mothers’ demand for truth, justice, and peace.”

Umut Bahçeci: ‘We ask for support to our search for justice!’

İsmail Bahçeci was taken into custody in İstanbul 22 years ago and he has been missing since then. His brother Umut Bahçeci called out to people for support, underlining that the more people in the fight for justice the quicker it would bring results. Bahçeci said: “My personal comment is this: people should support our search for justice! They should show empathize with the families carrying out this sit-in so that other disappearances would not take place. The more crowded and stronger we are, we can reach results in the face of this lawlessness quicker and we can prove that we are right. As we mark the 600th week, there are two more current cases of disappearances: Tolga Ceylan and Hurşit Külter. We come together every Saturday so that we will not have any further disappearances. And, until there is a word about these disappearances and the perpetrators get their punishment, we are going to continue our sit-in.” 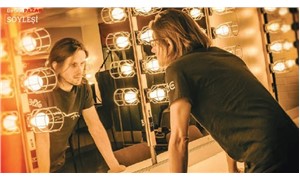 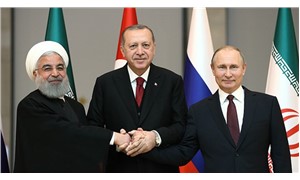