Earlier last week, a 4 months pregnant woman was attacked by a man while jogging at a park near her house.

Attacked woman Ebru Tireli, who lives in Turgutlu district of Turkey’s Manisa province, told about the assault in a video with the following remarks: “At around 17:00 or 18:00, I went out for jogging since I’m pregnant. As I was completing my 4th or 5th round of jogging around the park near my house, a red car stopped on the side of the road and its flash lights got turned on. The man got out of the car and just kneeled down next to his car’s driver’s seat. He began waiting there, kneeling down. As I completed another round, he came over to me and began hitting me on the face with his shoe. I fell down on my back and hit my head to the sidewalk. He sat over me and began swearing and saying ‘you are not going to walk in this park’. As he attempted to hit me more, I said ‘I am pregnant, please’. And, to get away from him, I said ‘ok, fine, I am not going to walk here again, let me go, I’m pregnant’... Then, he left me and I ran away.” 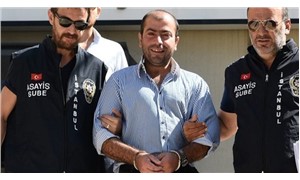 Man who attacked woman for having worn shorts released from jail

Soon after the woman and her husband had reported the assault to the police, the attacker was found and taken into custody.
Though suspect Mehmet T. denied accusations when giving his testimony and claimed that he was in another place during the time of the incident, both eye-witness accounts and the license plate of his car match the reports and descriptions.

On the other hand, statements of his neighbours also revealed that about 6 months ago he had yelled out to another woman in the town by telling her ‘to go in to her house’ but his neighbors did not know whether any legal action was taken on that incident.