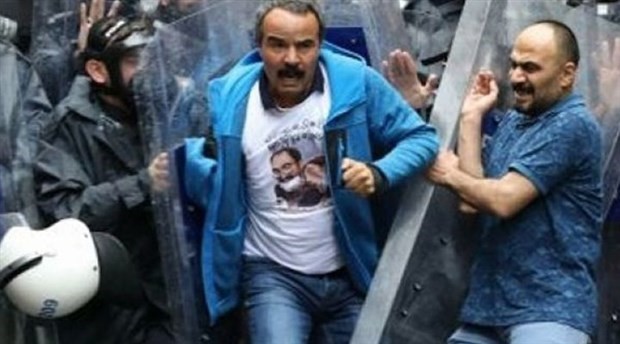 On Monday (July 3), police in Ankara again attacked demonstrators on Yüksel street of Kızılay Square, where a group of dismissed public workers and rights activists have been gathering mostly in evening hours of the day to release a statement calling on authorities to reinstate workers dismissed by emergency decrees and to free Nuriye Gülmen and Semih Özakça, the two dismissed educators who have been on a hunger strike for over 100 days.

Veli Saçılık, who is a dismissed sociologist who lost one of his arms back in 2000 as a result of a police operation in prisons – called Operation Return to Life -, was again injured from his amputated arm during the attack of police yesterday, as he announced it from his personal social media account.

Saçılık announced today (July 4) at around 3:00 pm that he and his wife were taken into custody, adding that officers sprayed teargas at them inside the police car.

Earlier over the weekend, daughter of Acun Karadağ - another dismissed educator who has been protesting - was also injured as police dragged her on the ground trying to take her into custody and seize her camera as she had been taking photos of the protests.

Back in May, mother of Veli Saçılık was also treated brutally by the police at the same site and photo images of her being dragged had received major reactions both in Turkey and abroad.

While this has become a routine practice of the security forces, the demonstrations on Yüksel Street – in front of the Human Rights Statue - have also become symbolic of the resistance of people in Turkey whose lives have been severely impacted and whose rights have been violated by the massive crackdown of the government which was launched in response to a failed coup attempt of last summer. 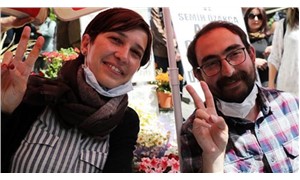 Joint statement of 111 public figures in Turkey on jailed educators

Protesters in Ankara have by now got taken into custody dozens of times. “We are right, our argument is right, and they know that. Whenever we try to demand our rights, it ends in detentions, beatings, torture or death”, said Saçılık in a recent interview with the Guardian.

Like tens of thousands of people in the country, the dismissed educators are being accused of ‘alleged ties to terrorist organization(s)’. Gülmen and Özakça were also arrested with the same reason on the 75th day of their hunger strike. The official text of the arrest warrant against them said their actions – meaning demonstrations and the hunger strike - have the ‘potential to interfere with and harm the judicial processes’.

Despite all calls and demands from both national and international human rights bodies, politicians, civil society groups, and members of the public, the government authorities not only have been overlooking the fact that the health conditions of Gülmen and Özakça have been seriously deteriorated due to their prolonged hunger but they have also furthered the pressure on other protestors.

Meanwhile, wife of Semih Özakça has also been on a hunger strike since the day her husband was arrested; and, lawyers of Gülmen and Özakça have recently announced their decision to strike the same way, as well. And, the Human Rights Statue in the country's capital is also still under strict police blockade!