Released as ‘Berat’s Box’, the file contained a compilation of messages from April 2000 to September 2016, announced to have been from the personal e-mail account of Albayrak.

Redhack group from Turkey, the original source of the leaked e-mails, had previously published a small portion of the messages to protest the ruling party’s crackdown on the opposition and demand from it to end its oppression. Shortly after their release, those messages were blocked by officials.

The latest release of Wikileaks includes messages that reveal the interference and influence of Albayrak in Turkey’s political schemes and his involvement in the alleged relations of Erdoğan and his incumbents with ISIL on oil trade. 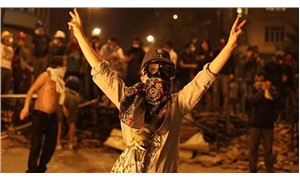 Among the messages, there are also correspondences exchanged between Albayrak and former Chief of Police Department Engin Dinç, who is currently being tried in connection to assassination of journalist Hrant Dink.

According to the reports of Cumhuriyet newspaper of Turkey, in some of the messages between Albayrak and Dinç, there is a reference to Berkin Elvan, 14 year old killed by a police during the Gezi Park protests of 2013.

In the message claimed to have been sent to Albayrak from Dinç, the killing of Berkin Elvan is said to have been ‘manipulated by a police officer’, who spread fabricated news about the incident. In the exchanged messages, there is also mentioning of ‘posts of photos of Berkin Elvan on social media with signs of some sort of affiliation with certain organizations.’