In the latest draft law approved at the Justice Commission of the Parliament, there is a proposal for inclusion of a new article for differentiating the abused children depending on their age being under or over 12. Experts warn that such change, which lowers the age of consent to 12, would leave children unprotected from sexual abuse. 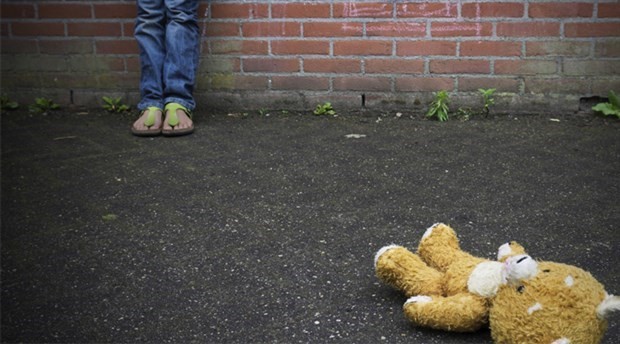 As reactions against the decision of the Constitutional Court to null an article which had deemed any sexual approach towards children under 15 as ‘abuse’ continue, yet another scandalous decision has been reached at the Grand National Assembly’s Justice Commission.

In the draft bill that has been approved at the Justice Commission and forwarded to the Parliament floor for voting, a change in Turkish Penal Code (TCK) is prescribed in order for penalties on child abuse cases to be different depending on whether the victimized child is under or above 12 years old.

An advocate of children’s rights, lawyer Seda Akço gave the following comments with regards to the draft bill: “In order to be in line with the reasoning of the Constitutional Court’s decision and to be protective of the child, instead of the age of the victim, the age of the abuser must be the subject of the change. The differentiation of the cases must be based on whether the act at stake takes place between an adult and a child or between two children. In cases where two children are involved, the current regulation deems one of the children – the one who is male – as the abuser and punishes him. If the aggrieved party is a child and the age difference between the aggrieved and the abuser is not big and the act had happened willfully, trying and punishing one of the children for ‘sexual abuse’ is quite of a heavy penalty.”

‘Children would be left unprotected’

Emphasizing the need for bringing forth an amendment in regards to the ‘age of the perpetrator of the act’, Akço added: “…If a change is not made on the age of the abuser, children would be left unprotected from sexual abuses perpetrated by adults. Because, in such case, the crime itself and the punishment for it will have been softened.”

‘Cases can be dropped’

Mentioning that the proposals in the draft bill carry risks, Akço said: “There are two risks. One of them is for the bill to be changed during the parliamentary discussions. A regulation can passed quickly without truly discussing the concerning points. Second risk is for the bill to be taken to the Constitutional Court as is after its legislation. Since the annulment requested by the Constitutional Court is not applied in the draft bill, it can be appealed again after it is passed. Because, if the bill is passed, there will be two determining ages for child abuse cases: 12 and 15. The Constitutional Court does not really look at the differences based on ages from a perspective that is for the protection of the child. So, it is risky for the bill to stand the chance of being voided. All in all, the greatest danger is that countdown has started. If these drafts do not go through legislation until December, all pending cases will drop by that time since the annulment of the Constitutional Court on penal code 103 will come in affect. So, a regulation must be done very quickly and the age of the abuser must be taken into consideration.”

CHP Manisa MP Biçer: ‘It is giving way to abuses’

Highlighting that the decision of the Constitutional Court to annul the 103th article in Turkish Penal Code has actually rendered the laws on child abuse cases meaningless, CHP MP of Manisa Yıldız Tur Biçer said: “Previously, under that article, children younger than the age of 15 used to be considered a victim of child abuse even if the act had taken place with their consent. Since this article is now nullified, children under the age of 15 are not considered a victim of abuse if they are found to have ‘an understanding of the meaning and consequences of the sexual behavior, as well as, willingness for it’. The danger with such thing is that you open the way for sexual abuse of children younger than 15; for children to have forced early marriages; and, for them to be subjects of sexual abuse with the encouragement of adults.”