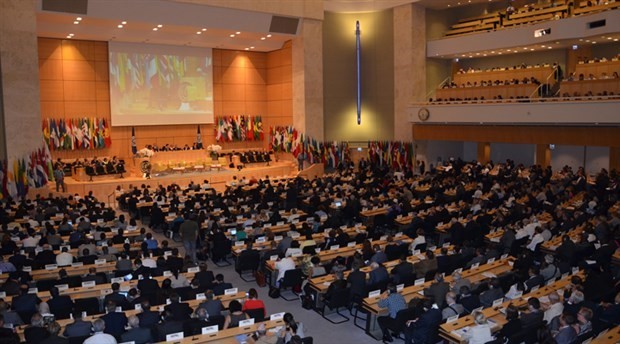 As Sevgim Denizaltı of BirGün reported, Wienen said nearly all members of ITUC will follow along with the call of the board and boycott the meeting scheduled to take place in İstanbul between the dates of October 2-5 since none of the previously stated, and recently repeated, ‘calls and demands of ITUC and ETUC have not been taken into consideration by government authorities in Turkey’.

Wienen told BirGün that ‘the scheduled meeting will clearly not be a meeting representing the workers’ and reminded that their demands are demands that have been discussed by their member unions from Turkey (Hak-İş, Türk-İş, DİSK, KESK) and expressed jointly.

Since none of them received a response from Turkey’s authorities, the upcoming ILO meeting will have ‘no valuabel result’, Wienen added.

The letter of ITUC and ETUC calling on their members states’ representatives to stay away from sending delegations to İstanbul for the meeting in October included the following points as topics of concern: extension of state of emergency; continued dismissals of and pressure on workers with views in opposition with the current government; restrictions on workers trying to practice their right to assemble and to protest; and, lack of regulations ensuring return of dismissed workers through a fair legal process.

Also drawing attention to the detention of members of trade unions in Turkey, public workers, journalists, lawmakers, politicians, as well as, rights advocates and professionals from Turkey branch of Amnesty International, ITUC and ETUC executives also demanded Turkish authorities called on Turkey to release them and end all oppressive measures against the members of the public.

In an earlier joint statement released back in May, ITUC, ETUC, and their Turkish affiliates had condemned the coup attempt but also expressed worry over arbitrary measures taken by the government in response to this attempt.