Anasayfa BİRGÜN DAİLY "CHP the 'guarantor of lifestyles' in Turkey"

"CHP the 'guarantor of lifestyles' in Turkey" 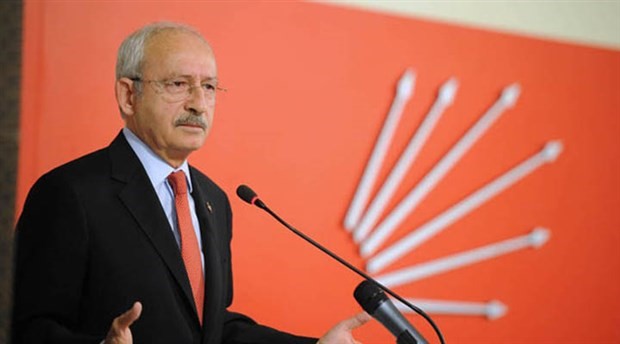 Main opposition Republican People’s Party (CHP) leader Kemal Kılıçdaroğlu has said during a meeting with women preachers, known as “vaizes” in Turkish, the CHP was a guarantor of lifestyle in Turkey, as the party was the “defender of the freedom of religion and conscience.”

The meeting was conducted over the weekend in Istanbul, joined by more than 60 renowned female preachers.

“Listen about us from us, do not listen to what others say about us. Do not believe the accusations against us. We are aware there has been a delay in the issue of us getting to know each other closer. Let no one have any doubt we are the defender of the freedom of religion and conscience,” the CHP chair said during the closed-door meeting, which lasted about four hours.

“You can ask me any question you want, you can make any evaluation you like regarding my party. Do not think that, ‘If I say it this way, I would upset Kemal Kılıçdaroğlu,’” he said.

The meeting was reported to have taken place with dialogues and assessments, with some preachers addressing the questions of the CHP’s views on secularism and the headscarf issue.

In response to the questions, Kılıçdaroğlu said no one could be “marginalized” due to wearing a headscarf, religious beliefs, clothing style and life preferences.

Afterwards, Kılıçdaroğlu met with the heads of villages and neighborhoods (known as “muhtar” in Turkish) from which the CHP had not received many votes in the most recent general election.

The closed-door meeting, which lasted about three hours, was attended by 130 heads from 21 provinces in the country.

Kılıçdaroğlu said during the meeting that what Turkey needs is social peace. “We cannot solve problems by differentiating and dividing society from one another. We can find a solution to the fight against terror and problems created by the immigration of Syrian refugees, by carrying social peace into effect via a common peace.”

Kılıçdaroğlu has also drawn attention to problems faced by local neighborhood heads in the meeting, saying there were five issues to be handled regarding this topic. “Making a law for local heads, allocation of budget, allocation of office, appointing a secretary for local heads in areas that are above a certain population and giving [local heads] the right to vote in municipal councils,” were the issues he listed.