Anasayfa BİRGÜN DAİLY Class Struggle Will Have The Final Say 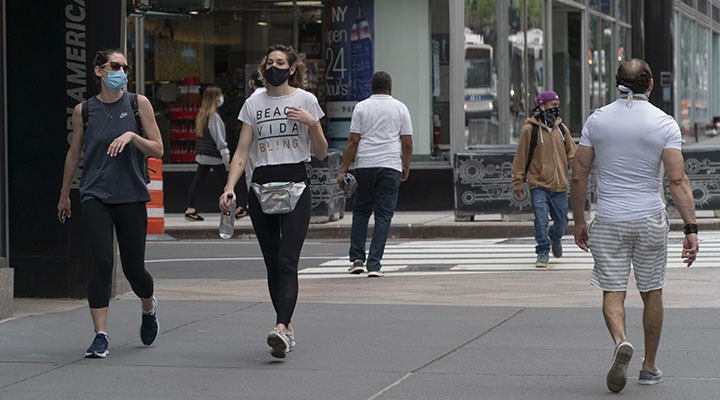 Prof. Dr. Werner Bonefeld, from York University and the author of ‘The Strong State and the Free Economy’, ‘Critical Theory and the Critique of Political Economy’, is drawing attention to the fact that young people will face unemployment after the pandemic, adding, ‘the pandemic has tested the managerial abilities of governments.’

As the vaccination program speeds up, the economic pain is currently felt around the world. What will the global pandemic bring for the future of economy, politics & work life? Speaking to Birgün, Werner Bonefeld Proffesor of Politics at the York University said, ‘we will have a new capitalism.’

How does the global pandemic shape people's political beliefs?

I don’t think the pandemic will change existing political beliefs. It will reinforce already held positions. Some governments have done better than others to manage the pandemic and this or that government might be replaced not because of ideological preference but because they managed things badly. In fact, the Italian government has already changed into technocratic government, for that to happen an election was not needed. The pandemic has tested the managerial abilities of governments. I do not see too many people making the point that its outbreak has to do with the circumstance that capitalist political economy is destructive of our environment and that the constant expansion of capitalist economy has brought humanity into too close a contact with the natural habitat, which becomes ever more squeezed by human activity.

I also think that the crisis has in fact reinforced the acceptance of capitalism, at least for now. All the protective measures taken by states around the world have reinforced the view that the state is really there for you, that it is really a means of social protection. Of course, not everybody has bought into this. There have been big anti-lockdown demonstrations but they also reinforced the general view that the states did the right thing, as indeed they did. The anti-lockdown protesters seem irresponsible, untrustworthy fanatics, which indeed they are. They protest for the freedom to get out and go about your business as one sees fit. They express the dreams and hopes of the many in an irrational manner.

The greater acceptance of capitalism has to do also with the simple fact that the workings of the economy has suffered tremendously, and people do miss going to work for all sorts of reason, including getting paid to make a living of course. Now that you are restricted in doing this, going to work seems like something that is worth more than wage income. It seems like something existential on a much broader scale. Of course, I might be exaggerating but I do think that people miss going to work and that they wish to return to ‘normal’ working conditions. I would not say that they miss ‘capitalism’, but they miss their normal day to day experiences and this, I think, reinforces their acceptance of capitalism.

The big change that will come is the return to normality post-covid.

THE YOUNG WILL BE AFFECTED BY JOB LOSSES

What are the scenarios that await us after the pandemic? What will the future look like post Covid -19?

Once the pandemic is over, many people will find that there is no job to return to, and whatever government support was given will cease. The economy might or might not pick up and even if it picks up, it will not absorb the total number of job losses, particularly the young will be affected by this and women too. In fact, the pandemic has impacted particularly on women. The pandemic has reinforced patriarchal structures and patricidal behaviours, including femicide around the world.

At the moment, states have taken on the financing of incomes through welfare schemes and in addition they have incurred extra pandemic related expenditures. But there will be a reckoning. In the UK, where I live, the current debate is about the fiscal position of the government. Some say that deficit financing has to continue to soften the social impact of the economic downturn, and that proposal is really about pacifying the expected revolt that may come to pass in post-covid conditions of unemployment. Others hold that deficit financing has to stop and that, once the pandemic is over, the state should stop looking after people’s incomes through extraordinary subsistence support. The debate is really about how to deal with the consequences of the pandemic: should the state pacify the feared revolt by financing welfare and employment support or should the clock be turned back? There is no clear answer how this will turn out. It will depend on the degree of ‘disquietude’ and on the manner in which it is articulated by wannabe populist leaders. In the UK there is no recent experience independent protest movements, but then again, who knows? Protests have their own dynamics and triggers.

THERE IS NO ‘CREDIBLE STATE SOCIALIST ALTERNATIVE’

Do you see similar issues arising in the EU?

Yes and no. Yes, because the socio-economic impact of the end of the pandemic on people’s employment and livelihoods will be roughly similar, I think. Yet, the member state democracies operate in a different context from the UK. In the EU, monetary policy is conducted not by national governments but by supranational institutions based on strict rules. Fiscal policy is formally national in character but in effect coordinated by and based on EU rules. Economic adjustment is focused on and carried by labour markets. The basic structure of monetary union survived the Euro-zone crisis; in fact, one might argue, the ‘solutions’ to the Euro crisis reinforced its market disciplinary logic. At the same time, the ‘solution’ let to the acceptance of ‘EU-wide’ responsibility for the financial position of member states, and the EU has already provided financial covid-related finances, which will turn out to be small in the end. Yet, there we have it: the EU is removed from direct mass democratic contestation and, according the decisions by the national government about its character, sets the framework within which national governments can operate. Post-covid conditions will reinforce existing opposition to the EU, mainly by nationalist parties, and it will reinforce support for it by the pro-EU political parties, who will deflect criticism of the EU by criticising its apparent shortcomings in vaccine procurement and they will do so on the understanding that the EU was right to be charged with procuring them in the first place. There will also be further EU programmes to stimulate the European economies, etc. That is, the gradual shift towards a European fiscal responsibility, which started during the EU crisis, will accelerate. However, it will not, I believe, in any way question the existing foundation of the EU according to which the national labour markets are the primary means of economic adjustment.

The pandemic has deflected attention from a great number of economic problems and it is the pandemic that will be cited to account for them. So, it has let and will leave the ‘economy’ off the hook, that is, whatever goes wrong can be attributed to the impact of the pandemic on the economy. What will be questioned is governments’ post-covid conduct of social and economic policy. In the UK this will be more direct, in the EU the challenges will be territorially divided and governed by extra-democratic institutions, including the European Council that operates as a kind of EU executive government (and executive law-maker).
In the long term, I envisage two scenarios. The tighter executive coordination in the European council and further EU spending to stimulate the economic recovery post-covid. The other scenario depends on the outcome of the French election next year. Macron’s re-election will reinforce the first scenario. On the other hand, a Le Pen victory will put the cat amongst the pigeons.

You might not want to hear me talking about right wing, nationalist scenarios. But as far as I can make it out, there does not seem to be a credible state socialist alternative on offer at the moment, not the UK, not in Europe. Whether the emergence of post-covid mass movements will change that, is an open question. In any case, if such mass movement were to emerge, state socialist parties might gain in importance and if they do, they will do what they always do, that is, they will integrate the protest into the system of government and thus pacify the upheaval. At times of crisis, a bit more socialism is what is necessary to protect the thin crust of capitalist civilisation from fracturing.

You need only to look back into the history of the last hundred years and you will see the realism of what I just said.

So, you are stating that we have a new capitalism after the Covid-19 crisis?

Yes, will have a new capitalism. A most remarkable character of capitalism is its ability to constantly renew itself. The character of its current renewal will depend on the class struggles. Will they succeed to civilise capitalism’s treatment of its surplus value producers, that is the workers, or will they not?