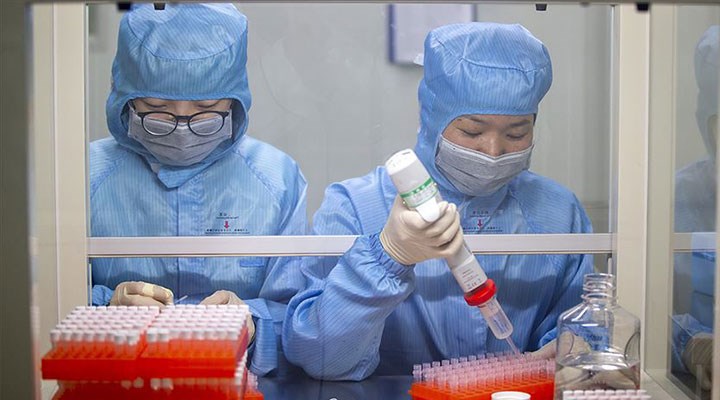 For me, Dr. Mine Yildiz (associate researcher), who worked for years in the Turkish parliament, as well as freelance journalist, blogger and as a university lecturer, the year 2020 marks a fundamental change of our society, especially in nine main areas.

1. Challenge for human-centric perception: Ever since the 18th century with its Verlichting (Age of Enlightenment), it is commonly agreed that we - Homo sapiens - are the dominating player. The destiny of this earth is in our - human hands, we have become the masters, are even the owners of land, sea and even of other living species. It is therefore logical that we would seek to change the genetic structure of plants and animals as well. Our societal perception is that everything around us should be used for us humans, in the most effective way. Some philosophers and ecological ideas, challenge this human-centric approach, but are not mainstream. This new virus - a biological entity so microscopic, invincible to the human eye - suddenly arrives and effects all human life throughout the entire globe. The question is therefore: Who is the real master? The answer most certainly being: it is not only the human race.

2. Candidate for a 21th century “key year”: Every century has six or seven years, which represent the main turning points. The last century offers six dates: 1914, 1918, 1939 and 1945 (start/end of the two World Wars), 1968 (global civil disobedience) and 1989 (end of Cold War and invention of www). 2020 is certainly a candidate to become one of those few key years, shaping this century is: a deadly virus challenging economy, globalisation, mobility and consumption and even creating the general consensus that freedom of movement has to be replaced temporarily by voluntary confinement.

3. 2020 year of the "Black Swan": As mainstream thinking and acting could not imagine something like the implications of Covid-19, the use of this metaphor is justified. A Black Swan Event, describes something that is hard to predict, beyond normal expectation and comes as a surprise, a major effect, widening our perception of reality.

4. Covid-19 first global common human experience: Despite that globalisation has brought us closer together and that we are connected by global social media we still lived, up to the beginning of this year, in a fragmented world. There was up to now no event in human history, which was perceived by all humans as something touching us directly in an essential way. For the first time in human history, Covid-19 will become the first globally lived common experience.

5. Hamlet-moment for the European Union (EU): One of the main reasons for the existence of the EU is to work together in case of a (potential) danger: to avoid another war, to tackle a financial crisis, to fight pollution and climate change etc. Therefore, competences have been transferred to common decision-making and common action in Brussels. Key elements have been set up, like free movement of goods, services, and citizen as well as strict financial rules - and now this: closed borders, financial (late, but they came) commitments in trillions... Like in the world of Shakespeare, the EU is now confronted with “to be or not to be” - will there be enough internal solidarity to survive?

6. A "Before 2020" and an "After 2020": The changes we are confronted with at the moment (and those which will come in the near future) are so enormous, that we have the unique possibility of choosing the future we wish to see: unilateralism/nationalism vs. multilateralism, linear economy vs. circular economy, hydrocarbons vs. renewables, the Status Quo vs. European Green Deal of von der Leyen, egoism vs. solidarity.

7. High Noon for "bad guys": For autocratic structures (dictators and others) all over the world there is the temptation to use the current crisis to increase the pressure on opposition and/or civil society - they hope that the media and international community might be less attentive to human rights abuses. Even for our society with its orientation towards rule of law, the special regulations have to be provisional and only last as long as is necessary – the Hungarian Prime Minister should not be our example.

8. Less pollution: Human activities (especially industry and transport) generate pollution, damaging the environment and causing around seven million deaths worldwide - up to now the world's largest single environmental health risk. The restrictions around COVID-19 have reduced (and will continue to reduce) emissions and will therefore even contribute to the fight against climate change.

9. We in the "Western world" are privileged: At first glance is the world can seem frightening - infections with the virus, restrictions in public/private life and possible unemployment - but we all are living in a part of the world with a functioning health system (generally). For refugees at the Turkish-Greek border, internally displaced people in Northern Syria or Yemen, an incarcerated prisoner, a family in a slum in Delhi, in a favela in Rio or a village in Kivu there is neither a decent social net nor an effective medical structure. 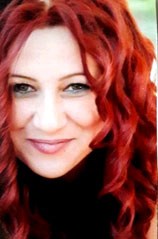 Mine Yildiz holds a doctorate in political science (Hacettepe University, Ankara, Turkey). Having grown up in the Western part of Anatolia in a family of trade union leaders, she became the first woman of her family entering a university.

She studied 1990-1992 sociology at the Cumhuriyet University in Sivas and moved to the more renowned Hacettepe University, where 1994 she obtained her Bachelor. As she discovered that politics is her passion, she changed 1995 to Gazi University for a Master in Public Administration, Political and Social Sciences while continuing 1995-1997 as research assistant at the Cumhuriyet University as well as from 1997 as assistant in the Turkish Parliament. After a master in 2001, she started her PhD and continued for eighteen years as assistant for (altogether eight different) Members of Parliament of Turkish Social Democratic Parties (DSP, CHP).

2013-2014, she taught at the Ankara Başkent University in the department of Political Sciences and International Relations (Communication and Politics). 2016, she moved with her daughter to Belgium: Visiting Researcher at the IES of the VUB and since 2019 Associate Researcher (focusing on the influence and impact of Turkey on immigrant-origin Members of Parliament in EU countries). 2020-now Middle East Coordinator, Brussels Diplomatic Academy (BDA), VUB.

She was one of eight recipients of the “European International Women’s Leadership Award” which was handed over in the European Parliament in 2019.