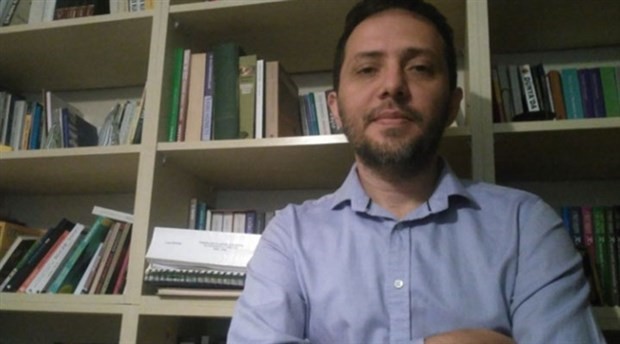 Dismissed academic Dr. Cenk Yiğiter, one of the signatories of the Petition of Academics for Peace, is not allowed to work as a lawyer, and now, nor to study at the university he used to teach.

Academics for Peace signatory Dr. Cenk Yiğiter was dismissed from his position at the Faculty of Law of Ankara University with the statuory decree no. 679 published on January 7, 2017.

‘Peace Academics’ dismissed from civil service under the new decrees

Retaking the university entrance exam, he got a score high enough for him to study in the Radio, Television and Film Program of the Faculty of Communication at Ankara University. Although he was initially admitted to the program, a last minute amendment in Ankara University's rules and regulations recently issued and published on Official Gazette this week has deemed the candidates who had previously been expelled from civil service as 'not eligible to enroll' to study.

Dr. Yiğiter lost his right to be a student with this amendment which was published on the same day as the exam results were announced.

Stating that he was dismissed from academy with a statuory decree and now expelled from 'obtaining education' with a regulation, Yiğiter added that administrative boards of other universities might now take similar decisions, restricting and violating the rights of dismissed individuals further.

Yiğiter pointed out that ‘even a convicted murderer of a hundred people has the right to study at a university in Turkey’ and added: "Think about a vile or a perpetrator of a crime against humanity. Such person can study at Ankara University if she/he passes the exam, even if she/he has been convicted. We had such student before. But now, a fundamental right granted even to a convicted vile is not being granted us as the ones dismissed through emergency decrees. Then, I am no longer seen as a humanbeing!”

Yiğiter also reminded that such regulation is something stated and protected in the Constitution and said: “State of emergency in Turkey was imposed in the wake of a coup attempt. Nevertheless, a university rector can now do something even the legislative branch cannot. The right to education is a fundamental constitutional right and parliament can limit this right only within the constitutional framework. However, Ankara University is exercising a power that even the legislature doesn't have.

That is to say, legislative prerogative has been seized by people like Ankara University Rector at the moment. That's the real coup."