Anasayfa BİRGÜN DAİLY Earlier message of ISIL jihadist Yunus Durmaz: ‘So long Turkey does not step back, we will hold greater attacks’

Earlier message of ISIL jihadist Yunus Durmaz: ‘So long Turkey does not step back, we will hold greater attacks’ 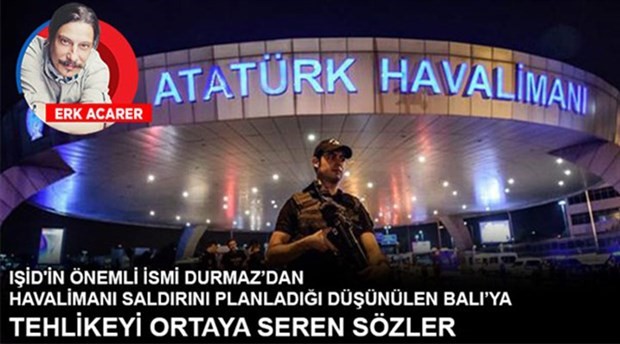 The messages between ISIL’s Turkey head İlhami Balı and Antep chief Yunus Durmaz, who detonated himself in Antep earlier in May this year, reveals the unbelievable truth.

Among the many documents on the bill of indictment for the Ankara gar attack of last year, a document recorded as ‘el.docx’ is especially striking. In this document, Durmaz asks İlhami Balı for permission to carry out a suicide bomb attack in a world-famous night club in Antalya and the UN office in Antep and adds that greater attacks would take place after these. And, the note at the end of these demands reveals a big suspicion regarding the relations between ISIL and the Turkish state. Yunus Durmaz wrote, with a smiley face icon at the end: ‘İnşallah, we will open up the season after these actions. That is, of course, so long Turkey does not step back and the State (referring to ISIL here) does not tell us to stop.’

Attack in Antalya
The terrifying messages, as stated in the bill of indictment on Ankara, are as follows:

“Glory is wholly upon Allah the only. May greetings and prayers be upon our prophet Muhammed. Firstly, may Allah give you all wellness. Victory is near, inşallah. My brother, it took me long to send Ebu Smyra. Give me your blessings on this, I waited for an address. We have determined the best civil targets at hand now. My brother, there is a night club in Antalya where world-famous celebrities, business people, the wealthy and their friends, and the domestic and foreign tourists in Antalya get together. The most important thing is that domestic and foreign tourists come here at night time. There are usually over 1000 people, approximately. There will be a suicide bomb attack on this place. But our brother who will carry out this attack will enter the place by shooting the security guards at the entrance first.”

UN office is a target
Yunus Durmaz, who detonated himself in Antep, asked İlhami Balı for permission on other things, as well:

Big suspicion
The messages of Durmaz to his ‘sheik’ (chief) do not end with these. What is read between the lines brings forth a big suspicion on the contacts between ISIL and the Turkish state. Below are the terrifying messages that reveals ‘a process’. We are sharing the message as is:

Translation of the message: ‘These are the targets. Until now, we could have shot down soldiers, police. We did not do that for it could have blocked the way for our actions. After these actions, we will open up the season, inşallah. That is, of course, so long Turkey does not step back and the State (referring to ISIL here) does not tell us to stop.’