Anasayfa BİRGÜN DAİLY Erdoğan: 'Have you ever heard of 'atheist terrorism'?

Erdoğan: 'Have you ever heard of 'atheist terrorism'? 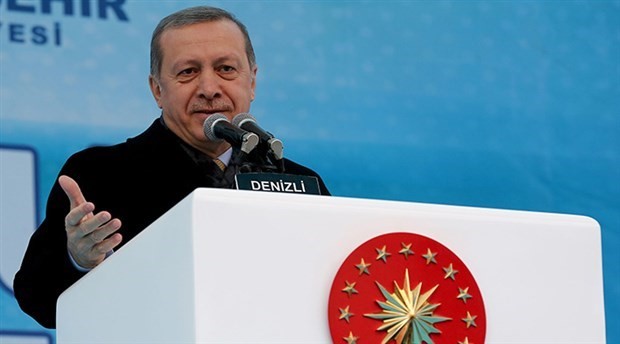 Speaking at Dolmabahçe Palace during the opening of the 9th Eurasia Islamic Summit held in İstanbul today (October 11), President Erdoğan claimed there was an ongoing campaign of discrimination against Muslims by saying “Have you ever heard of ‘atheist terror’? You can’t!”

When talking about ‘unity in the Islamic world’, Erdoğan made the following statements: “If the Islamic world were to get united and look for solutions in cooperation, respect, and tolerance – rather than in clashes -, these terror groups would never be able to exist. We also know that these organizations are ‘project groups’; however, we also should not base everything on foreign powers and global actors. What allows these projects are actually the conflicts and mistakes that we have within! We must first look at ourselves for finding the mistakes…The Islamophobia – in other words, enmity against Muslims - which started after September 11, 2001, has become even more impactful... I think that both terrorist organizations and the anti-Muslim groups in the West – which is on the rise – have an aim to push Islam to the ground… All across the world, groups with all kinds of different faiths and beliefs get involved in terrorist activities. However, when it is done by Muslims, it is defined as ‘Islamic terrorism’. Have you ever heard of anything like Christian terror; Jewish terror; or, Atheist terror? You cannot!”

Touching on various issues, President Erdoğan also referred to Iraqi Prime Minister and said: “You are not on my level and in my quality! Know your place!”