Anasayfa BİRGÜN DAİLY Erdoğan: In the letter that I sent to Putin, I expressed my sadness for the Russian pilot
BİRGÜN DAİLY 28.06.2016 14:05

Erdoğan: In the letter that I sent to Putin, I expressed my sadness for the Russian pilot 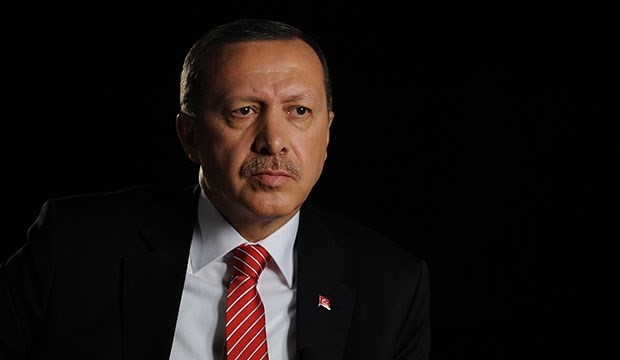 President Tayyip Erdoğan commented on the agreement made with Israel and said, “We carried out the agreement process in consultation with our brothers.”

And, with regards to the letter he sent to Russian Head of State Vladimir Putin, Erdoğan stated that he ‘expressed his sadness’. While Kremlin Spokesperson Dimitri Peskov mentioned Erdoğan’s usage of the expression of ‘I apologize,’ Turkish President’s Spokeperson had asserted that Erdoğan said in the letter: ‘I would like to once again express to the family of the pilot that I share their pain and extend my condolences. We beg their pardon.’

Erdoğan’s speech delivered after the iftar dinner with the tradesmen included his following remarks:

“I would like to share my thoughts on the agreement reached between Israel and Turkey. We had entered a problematic time period after the Mavi Marmara ship carrying aid to Palestine was raided and 10 of our citizens were martyred in 2010. In the aftermath of this incident, there have always been attempts, especially with the involvement of USA, to normalize the ties. Since the beginning, we have been asking for three conditions to be met in order for our relations with Israel to normalize.

The first was, as I had said, for them to apologize. In 2013, this apology was received in front of US President Obama. It was also expressed by them personally. Our second condition was on payments of compensation by Israel to the families of those martyred in Mavi Marmara. As a compensation of 20 million dollar was agreed on in principle, this condition had been met.

Our third condition was to make better the lives of those living in Gaza, which was the aim of the Mavi Marmara martyrs.

With regards to the infrastructure for electricity and water, we said we should either place a ship at the port providing electricity or we can renew all the systems of the power plant that the Germans operate. Water is, unfortunately, burdensome. And, for that, we said we could refine water either from the sea or drill. At this point, they also accepted this. Even more, we made an assertion that if necessary, they should themselves be providing 50 million metercube water annually.

Many kinds of aid, including the rudimentary ones such as food and health services, will be able to carried out with the involvement of Turkey. Hopefully, we will transport, from Mersin to Gaza, food, clothings, shoes, and things of this sort on a ship with 14000 tons of capacity. As Turkey, we carried all parts of this process with our Palestinian brothers. And, they saw this progress as positive.

We will take the steps that would give the Palestinians some fresh air. The ship is departing.

We have taken the steps to remove the negativeness. I believe, also with the letter I sent to Russia regarding the normalization of our relations, both of these initiatives will be for the better. I expressed him my sadness over the incident. I believe that I will be able to normalize our relations rapidly by leaving behind this current situtation, which is damaging each of us.”