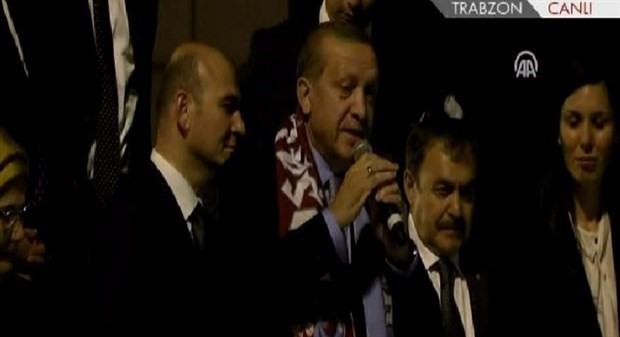 After having held a meeting with the leaders of civil society institution in Konya during the day, President Erdoğan went to Trabzon to meet with AKP party members. Continuing to give statements in Trabzon at midnight, Erdoğan repeated his earlier remarks about his support for capital punishment ‘in case that is what the people demand.’

Giving a speech to AKP members there, Erdoğan again touched on coup attempt, FETÖ, Yenikapı spirit, and Turkey’s status in the Middle East. 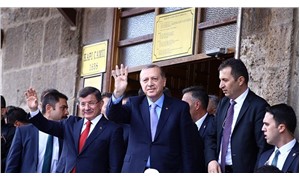 Erdoğan: ‘I do not care about what the West says on death penalty’

While talking about the coup attempt, which is alleged to have been planned and carried out by Fethullah Gülen followers, Erdoğan said: “What I have always said to you, do you remember? I’ve always said ‘aren’t we all going to die one day?’ But there is a difference between dying like a man and dying like a madame. We’ll die, of course; but we shall die like a man!”

Though the expression ‘doing something like a man’ is a commonly known idiom in Turkish, Erdoğan’s own addition of the word ‘madame’ to the phrase has caused the reactions to be even stronger as it has been perceived to be sexist.