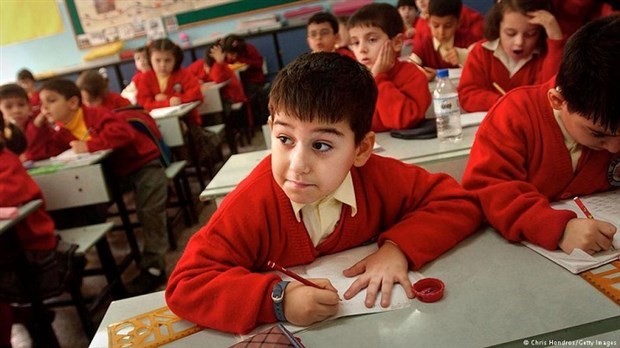 Before even the new curriculum in Turkey is officially announced, education experts and unions are preparing to litigate against exclusion of the Evolution Theory from the content and regulation on making it mandatory for all new educational institutions to have a mascid (Islamic prayer room) and an Islamic lavatory.

Talking about it to Aram Erkin Duran from DW Türkçe, head of the Eğitim-İş Union Mehmet Balık said the authorities are trying to ‘prevent new generations from questioning.’

“The fact that biology lesson hours were decreased and lesson hours for mandatory religion course was increased actually explains everything”, Balık said.

Hightligthing that exclusion of the Evolution Theory of Darwin from the curriculum and making it mandatory to have mascids at schools is a practie that is against the principals of scientific and secular education, Balık said the issue will be taken to the court.
Another union for education workers, Eğitim-Sen, has also been actively objecting to the new regulations of the AKP government on education system since the ruling party’s preference and pressure for a dominantly religious education system had been felt especially with the introduction of the 4+4+4 system of early 2010’s.

Turkey's education minister comments on evolution: 'We don't have to cover all subjects'

Eğitim-Sen head Feray Aytekin Aydoğan mentions that mascids were already opened in so many schools and religious groups had already been chasing after even elementary school children to recruit new members.
“With the latest regulations, the last remaining crumbs of scientific and secular education are being completely wiped out”, Aydoğan said.

Expert and analyst Yeliz Düşkün warns that several other related course topics in biology cannot be taught properly without the inclusion of the Theory of Evolution and also notes that this topic, in particular, is also asked about on PISA tests.