Anasayfa BİRGÜN DAİLY Family of the soldier lynched at Bosporus Bridge: ‘He was smashed with bats’

Family of the soldier lynched at Bosporus Bridge: ‘He was smashed with bats’

Murat Tekin, 21 year old student of Air Force Academy, was brutally slaughtered on Bosporus Bridge in the morning hours on July 16th, following the coup attempt of July 15. Tekin’s family, who lives in İzmir, demands for the murderers of their son to be found and brought to justice. 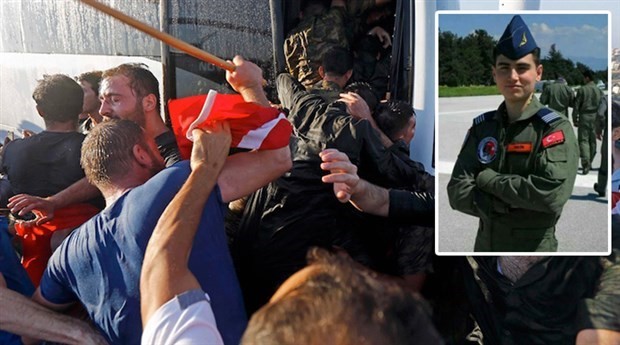 21 year old Air Force Academy student Murat Tekin was among the soldiers who had been brought to Bosporus Bridge during the coup attempt of July 15. The following morning, he was slaughtered through choking and his throat was slit. Talking to Yusuf Özkan from Cumhuriyet newspaper, Tekin’s mother Şevkiye Tekin said her son had last seen his family during the Ramadan holiday – which was only a week before the coup attempt – in their house in İzmir’s Bornova district. Having been initially taken to Yalova, after the holidays, for a month and a half long summer camp at his school, Tekin was among the groups of troops that were brought to the Bosporus Bridge in the early hours of the night of the attempt.

It has been reported that generals and commanders had told the soldiers ‘there was a suicide bomber among the crowds of people’ and ordered them to shoot at them. However, the young soldier Tekin dropped his weapon and went into the crowd, only to be slaughtered brutally with broken bottles, bats, and iron sticks. His family was able to recognize his corpse at İstanbul’s Yeni Bosna forensic medicine morgue 10 days afterwards.

His mother Şevkiye Tekin says: “I am sure that my son is not in peace at his grave! And, we are not at peace here, either. The only thing we want is for truth to be revealed!”

Families of the arrested new recruits: ‘What’s being done to our children hurts all of us’

Tekin’s last words on July 13th: ‘Mother, we are going to summer camp in Yalova tomorrow’

In the modest house of the Tekin family in İzmir’s Osmangazi town in Bornova district, the photos of Tekin with his military uniform and the Turkish flag in the living room catch the eye. Another Turkish flag is also hung at the balcony of the house. Talking about the last conversation she had with her son, Tekin says they talked on July 13th, when the young soldier told her: “Mother, we are going to summer camp in Yalova tomorrow. If my phone is off, don’t worry.”

Murat Tekin’s mother Şevkiye Tekin mentions that they watched and followed everything on July 15th and the following three days, however, she had not thought something bad could have happened to her son since ‘he was supposed to be at a camp in Yalova.’

Şevkiye Tekin: ‘We recognized him from his nail’

Şevkiye Tekin says that they began to worry after talking to the mother of another student from the same academy. She tells: “My brother who lives in İstanbul told me: ‘don’t come here, it’s so chaotic’. But how could a mother’s heart stand still? My husband and I started to search for him in Yalova. He was not there. Then, we came to İstanbul. We looked everywhere from the academy to the police department. Then, we went back to his school again. There, they told us: ‘The people you handed in to us turned out to be traitors; so, we cannot give you any information about them.’ I said to them I would not leave without getting information. But they said there were no generals left so they could not give any information. We looked for him at hospitals, in Silivri prison; he was nowhere to be found! Before returning to İzmir, we wanted to also look at Forensic Medicine. My husband and my brother went there. I stayed at home. So, they saw my son’s dead body there but they could hardly recognize him. My husband could only recognize his hair at first. Then, I told my brother (on the phone) that Murat always used to bite on his finger when he was nervous. His finger had gotten a dent because of that. So, I said: ‘look at his finger.’ That’s how they were able to identify him...”

Tekin’s father Sedat Tekin: ‘They had smashed my son with sharp objects and bats’

Murdered soldier Murat Tekin’s father Sedat Tekin tells about their search at the Forensic Medicine Morgue with his eyes teared up: “They first showed us the photo. Then, I made them show us my son’s completely. He was unrecognizable. I was able to identify him from the dent on his finger. Also, he had three moles on his face. I also recognized those. Then, his hair and his feet also began to appearing recognizable. It was unbearable! They had smashed my son with sharp objects and bats!”

‘Why such a horrible death?’

A retiree who had been working as a school bus driver since 2005 to maintain his family, Sedat Tekin also mentions that he is no longer able to drive after the trauma they’ve been through. Tekin says they submitted a letter of request to İzmir Governor’s Office and also filed a criminal complaint about the perpetrators, adding: “Cruel people with bats and iron sticks in their hands killed our children brutally. Why such a horrible death? My son does not know why he died.”

Tekin also talks about the other families whose children have been jailed and tells that they have been in contact with them. He cannot end his comments without also mentioning the other student from the same academy: Ragıp Enes Katran from Antep, who was also murdered on the same site as his son.

‘His funeral was not even accepted at mosques’

His mother Şevkiye Tekin expresses her feelings about their son’s funeral not having been accepted at mosques and says they felt wounded even more when they had brought their son’s funeral via plane from İstanbul to İzmir and got rejected from the local mosques, where funeral ceremonies in Islamic communities are normally held. Tekin says: “All of our relatives, friends, and neighbors were here (in our house). Of course, I was still too shocked at that point; so, I had not realized at first but I found out later that my child had not been accepted at the mosques. They did not even read the Salat for him (prayer for the deceased). Our son is dead and they even see the Salat too much for us! As a Muslim family, we have been worn down too much. Our neighbors and friends know us: we are a family that is devoted to the State andn our religion and a family who gets by on its own feet!”

Pointing out that they are being labeled by some people as the ‘family of the traitor’, though they are not told that to their face, the father says: “We have been labeled as such even though we are people against terror. And, this has multiplied our pain. I’m sure, my son’s soul is not in peace, either. The only thing we want from our State is for the perpetrators to be found and revealed. We want those generals who took our children to Bosporus Bridge that night by telling them there was a drill and let them alone in the crowd to be lynched and those who slaughtered our children to be found and held accountable! My only wish now is for our officials and State to hear us. May they extend us a hand! Other jailed students of the academies are also innocent. They should be acquited somehow and protected from real traitors. Our son is gone and he’s not coming back; but at least he should be granted the status of ‘martyrdom.’ 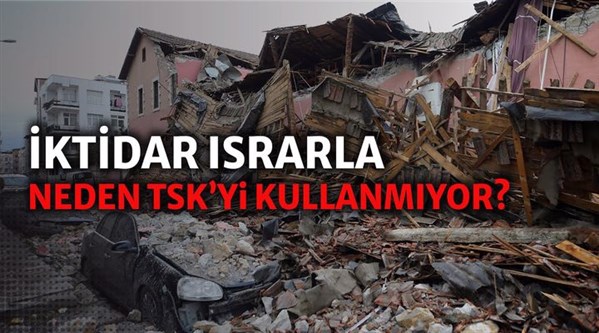