Finalists are announced: 2 films from Turkey, 17 films in total will compete in BIFED Final

The finalists of Bozcaada International Festival of Ecological Documentary (BIFED), which will be held in Bozcaada for the 6th time this year, have been announced. A total of 17 films will be screened at the final on 9-13 October. Two films are from Turkey. Finalists who will compete for Fethi Kayaalp Grand Prize in BIFED […] 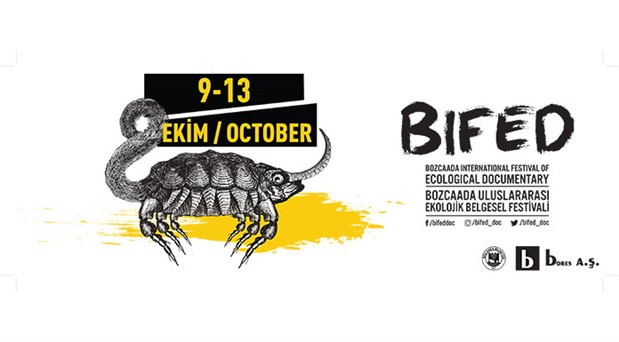 The finalists of Bozcaada International Festival of Ecological Documentary (BIFED), which will be held in Bozcaada for the 6th time this year, have been announced. A total of 17 films will be screened at the final on 9-13 October. Two films are from Turkey.

Finalists who will compete for Fethi Kayaalp Grand Prize in BIFED have been announced. In the category of 17 films, 15 of which are from abroad, domestic films like all the productions are noteworthy. Previously mayor of Ovacık, currently of Tunceli, Mehmet Maçoğlu not only realized a model that eliminates the intermediary between producer and consumer together with the public, this model was also the solution of the urban dwellers who have big problems in reaching healthy food. A significant story of solidarity where the local and chemical-free agricultural production of people come into its own, is the subject of one of the finalists from Turkey. “Ovacık” is directed by Ayşegül Selenga Taşkent. Strandja Forests are also under attack of stone quarries. The second finalist documentary from Turkey, “Mountain of Water – Strandja” by Racia Adar is telling the story of people who struggle to protect this important ecosystem, trees, water and animals on behalf of us.

The audition has been completed for BIFED which has been accepted in 2014 –when it was established, by International Green Network as the only member from Turkey, and 17 films went on to the finals. A great number of applications were made to the 6th Bozcaada International Festival of Ecological Documentary which will take place on 9-13 October 2019 this year. At the end of the extended application period, 450 films from 60 countries applied to the festival.

One more impressive than other documentaries that address common questions and problems of nature and humanity from all over the world in their own language, in their own way or in search of a solution, will compete in 2019, Bozcaada for Fethi Kayaalp Grand Prize. The festival also offers awards for the 2nd and the 3rd. A fourth prize, which is only offered to students under the Gaia Student Award, will also be part of the festival. Apart from the Grand Prize and the Gaia Award, more than 50 films will be presented to art lovers and ecologists from all over the world during the festival, along with the films that will be screened in the Panorama section, which has become a tradition each year.

FROM GOLDMINES TO HPPs, FROM ASBESTOS TO REFUGEE CRISIS

The main themes of this year’s films are the struggles of the local people who resist to mines -particularly goldmines and stone quarries in every continent, irreversible health problems caused by asbestos and oil industry, pollution, refugees and climate migration, stories of depleted water sources for absurd HPP projects, rebellion of youth, the unsustainability of fair and healthy agricultural production and its dignified defeat before capitalism, diametrically opposite approaches of the islands of Majorca and Samothrace to tourism and its consequences.

Here are the finalists from all corners of the world – from Mozambique to Lithuania, France to Switzerland, Argentina to Turkey, Canada to Slovenia!