Foreign journalists face obstacles in getting accredited in Turkey 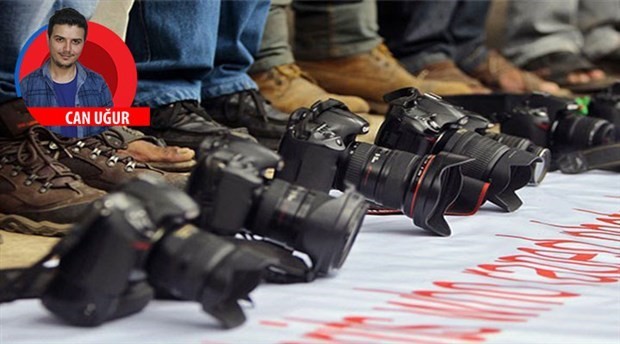 While pressure of the government over free media in Turkey remains as one of the most prevailing problems of the day in the country, government’s approach is not impacting only journalists of Turkey but rather interfering with the accreditation process of the foreign media members.

Correspondents and representatives of foreign news sources have been facing serious obstacles lately. According to reports reached by BirGün, several foreign journalists are treated arbitrarily by Turkey’s officials based on the journalists’ reporting contents.

Procedures that had been practiced for many years are now being delayed and the accreditation is being turned into a ‘point of threat’ for the foreign journalists. When journalists ask officials about the stage of the process for accreditation, they are told by Turkey’s officials that the ‘journalists’ works are being examined.’

Especially the journalists whose reporting includes statements and news pieces critical of AKP government have been facing this problem. As this causes these journalists to go through both economic and socio-cultural issues, it also forces them to consider self-censoring.

It’s reported that foreign media organizations whose members have been facing with this problem in Turkey will be forwarding a letter about it to their country’s embassies in Turkey for the issue to be addressed.

Additionally, the issue is expected to be brought up by Angela Merkel during her upcoming visit to Turkey, as the problem with regards to accreditation of representatives from German news sources such as Stern, Ard, Deutschlandradio, Frankfurter Rundschau, and Die Zeit has still not been solved.

In 2016, a number of journalists had to leave the country due to this problem… The case with Der Spiegel reporter Hasnain Kazım, who had to leave Turkey last year because of the accreditation issue, was one of the most widely heard case on this issue… Deniz Yücel from another German newspaper Die Welt also left the country last year after having been targeted by the pro-government media in Turkey for his questions to then Prime Minister Ahmet Davutoğlu. It is also known that he then had difficulty in getting accredited…

Commenting on the issue to BirGün, head of the Journalists’ Union of Turkey Gökhan Durmuş stated ‘the accreditation process being used by officials as a political tool cannot be tolerated’ and sent solidarity message to foreign media members having these kinds of problems in Turkey.