36 years have passed over the military coup of 12 September 1980. When we look at policies of AKP today, it is clearly seen that we are going through a process of ‘civil coup’ that does not deviate much from the September 12 Coup of ’80. 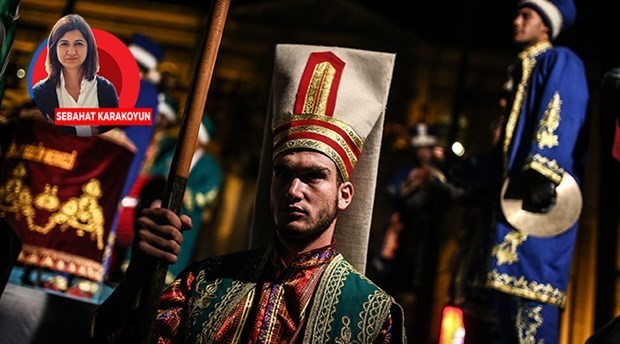 Today marks the 36th year after the military coup of September 12. For years, it has not been possible to get rid of the deep scares of September 12 coup, inflicted through martial law courts; torture; executions; and discharges from all sorts of institutions, especially from universities. After having gained power in 2002, AKP passed a constitutional amendment package through the referendum of 2010, in the name of ‘getting even’ with the military coup of September 12. However, after the passing of the amendments, AKP has sped its moves to arbitrarily change the system, and even the whole regime.

The fight over ‘sharing’

AKP’s fight with the Gülen community over ‘sharing’ power has also continued drop by drop since AKP became the ruling party. The first tangible move that showed the actual level of this fight for ‘sharing’ was on 7 February 2012 when then Prime Minister Erdoğan’s ‘black box’ Hakan Fidan – Chief of MİT – was issued a warrant of arrest and called on to testify.

The power struggle between AKP and the Gülen movement continued incrementally since that day; and, by 2013, it had reached a stage where it was no longer possible to cover it up. And, the biggest corruption and bribery scandal of the country’s history, which came about during the operations of 17-25 December in 2013 and which involved four AKP ministers and their children, was also a result of this fight.

As this power struggle between the two old partners kept growing, on the night of July 15 of this year – 36 years after the military coup of 1980 led by general Kenan Evren – the country once again faced with a coup, though remaining as an ‘attempt’ this time. Named as ‘Peace at home movement’, the coup attempted by Gülenist plotters, who had already got active within TSK (Turkish Armed Forces) more and more after the cases of Ergenekon, Balyoz, and military espionage, failed. This bloody attempt, which resulted in deaths of over 200 people – both civilians and security forces – was blocked.

‘A witch-hunt’ has been launched

Insisting on a rhetoric embracing ‘democracy’ since the day of the failed coup attempt, AKP officials has first declared a state of emergency, and, then, turned the operations on Gülenists, which were based on statutory decrees passed so rapidly, into a witch-hunt where all other groups in opposition have been targeted. The latest stage reached now is such where there is obviously a ‘civil coup’ and a ‘witch-hunt.’

A situation that does not deviate much from September 12 coup

Since July 15th, unlawful regulations that resemble those of the times of martial law enforced after the actual coup of September 12 in 1980 have grown in numbers and caused great impact.

The Parliament, which was bombed by the coup attempters on the night of July 15, has been inactivated by the AKP government, which has been preaching about ‘democracy’ over and over since the coup attempt. Instead of carrying out the legislative process with the opposition groups, which have all given their support to the ruling party, AKP has chosen to pass the new laws as ‘statutory decrees under state of emergency’, under the leadership of the President. And, the purge it initially started within TSK has spread to all public spheres, especially the universities and other educational institutions. And, most recently, elected municipality heads have been discharged and replaced with ‘trustees’ appointed by the ruling party.

These steps of the government have shortly led to a situation which is in resemblance of the results of the 12 September 1980 coup. When the facts of the two periods – September 12 coup vs. July 15 coup attempt – are compared, such resemblance is quite visible.

Some of the striking facts related to the military coup of September 12, which was led by Kenan Evren in 1980 are as the following:

- 98,404 people had been charged with ‘membership of illegal organization’ and 21,764 people were sentenced under these charges

- 388,000 people had been prohibited from getting a passport

- 171 people lost their lives as a result of torture; a total of 9,962 cases of torture were filed between the years of 1982 and 1988; and, 544 security officers were charged and tried for torturing

- 18,525 people had been subjected under martial law: 7,245 civil servants; 3,854 teachers; 988 security officers; 120 academicians; and 47 judges/prosecutors had officially been reported to have gone through legal interrogations.

- 39 tons of newspapers, journals, and books were destroyed by burning.

- 7,000 people were tried with a recommendation of their ‘execution’; 517 of these people were given death penalty; Yargıtay (Court of Cassation) had approved 124 of them; and, at the end, 50 people were executed.

The state of emergency, which has been declared for a period of ‘three months’ – though implied to last longer - after the coup attempt of July 15, was initially enforced to carry out operations against the coup plotters. However, it has been turned into a witch-hunt in no time; and, while leftist and socialist academicians and educators have become the target of the operations, those who have confessed that they had supported the Gülenists and ‘given them everything they wanted’ have not been impacted from these operations at all.

The official data related to the aftermath of the July 15 coup attempt are as the following:

- Around 80,000 employees have been discharged from public offices.

- Nearly 100 journalists had received a warrant of arrest; 24 of them have actually been arrested.

- 11,301 teachers, including 9,843 members of the Eğitim Sen (Confederation of Unions of Education and Science Workers), have been dismissed.

- Over 200 people – both civilians and security officers – lost their lives.