Gender segregation at a public school in Turkey 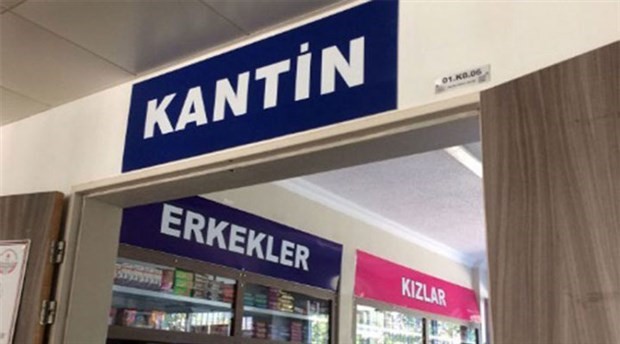 Management at a public middle school in Kartal district of Turkey’s İstanbul has put up signs at school canteen separating the sections to be used by female and male students.

Criticizing the spread of this kind of sexist and discriminative approach by executives of coed public schools, head of Turkey’s trade union on education, Eğitim Sen, said coed education system is tried to be eliminated illegally.

“These kinds of practices have been tried for a long time. Coed education is being brought to an end…They (authorities) have managed to do this in İmam-Hatip (Islamic vocational schools) schools… Some executives at schools separate the buildings as for male and for female students if they have the chance. Those who do not have such chance design the hallways like that”, says head of Eğitim Sen, Feray Aytekin Aydoğan, as Dilek Şen from Cumhuriyet reported.

Emphasizing that this is a ‘violation of children’s rights’, Aydoğan stated it is also ‘not only unhealthy pedagogically but also against universal principles of secular and scientific education’.

She called on the public to ‘raise their voice for the children’ and urged them to support or take part in the upcoming ‘public meeting to demand secular and scientific education’, which is scheduled to take place in Kartal on September 17.