Germany's finance minister Wolfgang Schäuble has fired a further salvo in the ongoing feud, comparing Turkey to Communist East Germany. Berlin also said that it would be reviewing future sales of arms to Turkey. 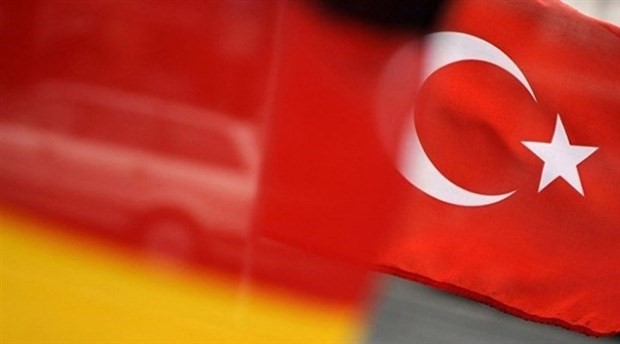 Germany's Economy Ministry on Friday said that Berlin would be reviewing all future exports of weapons to Turkey, which like Germany is a member of NATO.

"Special weight" was being given to "the current situation and particularly respect for human rights," a ministry spokesperson said in a statement. The spokesperson added that since the failed military coup in Turkey in July 2016, permission to export arms to Turkey had only been given "after very differentiated and careful review of individual cases."

We can solve our problems through dialogue, says Turkey’s PM as tension with Germany grows

There was no indication that the announcements would affect any already agreed upon deals for arms. In 2016, Germany approved the sale of 83.9 million euros ($98 million) in weaponry to Turkey - in the first four months of this year, arms deals worth $22 million were permitted.

Berlin hopes that putting future cooperation under review, together with the travel advisory and a review of economic guarantees, will send a strong signal to Ankara.

"We hope that our message has gotten through to the Turkish government," SPD foreign affairs expert and parliamentarian Rolf Mützenich told DW. "Turkish politicians have said that they don't accept the steps Germany is taking, but there are other political decision makers who do acknowledge the consequences of these measures for Turkey….Turkey would be well-advised to counter the general certainties in terms of the rule of law and releasing the Turkish-Germans currently being held."

Although German Defense Minister Ursula von der Leyen has insisted the fighting between Ankara and Berlin hasn't affected German Turkish military cooperation, Mützenich says that that partnership, too, has been affected by the conflicts surrounding Erdogan's crackdown after the attempted coup.

"We've been confronted with Turkish military officers who have applied for asylum in Germany," Mützenich said. "And members of the Turkish armed forces have been arrested – that strains relations as well."

Berlin and Ankara have repeatedly butted heads over Turkey's refusal to allow German politicians to visit German troops at bases in Incirlik and Konya. 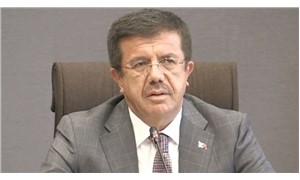 Carlo Marsala, a political scientist at the German military's Bundeswehr University in Munich, says that the review of arms exports was a necessary way for the government to "draw a clear line" vis-a-vis Erdogan and Ankara. But he simultaneously points that it's also a by-product of the German government's decreasing influence over its NATO ally.

"It's always a political balancing act," Masala told DW. "The question is: do such measures help us to correct things in the partner country somewhat? As things stand now it's clear that we have barely any influence at all over Turkey's foreign, security and defense policy."

In other words, Germany wouldn't be yielding influence over Turkey if it froze arms sales since it has so little influence to begin with. The danger, Masala warns, is that, if it feels shut out by the West, Turkey could turn to Russia, which would like nothing better than a military deal with a NATO member.

"Someone would fill the vacuum, and Russia is at the front of the line," Masala said. "It's safe to assume that Turkey would get the arms it formerly got from Germany from Russia."

That would take the conflict between Turkey and Germany to a whole new level.

Also on Friday, Germany's influential conservative finance minister, Wolfgang Schäuble, became the latest politician to wade into the fray of deteriorating relations between Ankara and Berlin.

"Turkey has started making arbitrary arrests and isn't maintaining the minimum standards for consulates (having access to detainees)," Schäuble said in an interview with mass circulation daily Bild. "It reminds me of how things were in the (communist) GDR. People who traveled there knew: If something happens, no one can help you."

Schäuble's remarks came one day after Germany changed its travel advisory for Turkey to warn German citizens of "risks" associated with going to the country. That move was part of a general "reorientation" of policy toward Turkey in response to Turkey's jailing of German human rights activists and journalists.

"If Turkey doesn't stop playing this little game, we'll have to tell people: 'You travel at your own risk to Turkey - we can't offer you any guarantees,'" Schäuble added.

"They cannot scare us with these threats," Erdogan said in a speech in Istanbul late on Friday afternoon. "They should know this."

Vacation from the rule of law?

DW's Turkey correspondent Dorian Jones said that, with relations strained between Turkey and a number of other countries including the US and Russia - Ankara was not eager for the situation to escalate.

"At the moment there isn't really much appetite in Ankara for a major fight with Berlin and possibly the rest of the European Union," Jones said.

"The most important caveat here is that, if Berlin's rhetoric turns into concrete action, if Turkey is directly impacted by threats from Berlin, then the president will be compelled to push back, and he will push back in force. At the moment, Ankara is in a wait-and-see mode."

Turkey is a major tourist destiny for Germans, and Berlin hopes that the threat of lost income will get Ankara to release its citizens. The change in the travel advisory had many Germans asking whether it was okay to travel to Turkey for a vacation, and leading Social Democrats also used Bild, the country's biggest tabloid, as a megaphone to weigh in on the issue.
"People have to answer that question for themselves," said German Justice Minister Heiko Maas. "But they need to be clear about the fact that those who travel to Turkey are unfortunately not spending their holidays in a state governed by the rule of law."

Those sentiments were seconded by the government's Social Democratic integration commissioner Aydan Özoguz, who herself has Turkish roots.

"I would never have imagined that Turkey would become so incalculable," Özoguz said. "Who can just go ahead and enjoy a vacation while others are being arbitrarily arrested?"

But Bundestag Vice-President Claudia Roth of the Greens said that she would be going to Turkey this summer.
"I can understand why some people might hesitate and possible decide against visiting the country," Roth said. "But Turkey isn't just Erdogan. That's why I made the decision not to let myself be prevented from visiting my friends in Turkey."