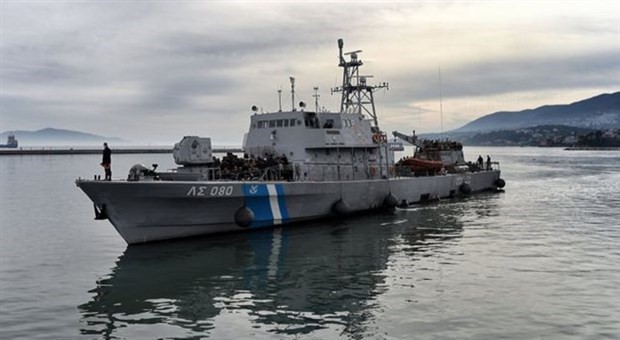 The captain of a Turkish freight ship on Monday said the Greek coast guard opened fire on his vessel after he refused an order to dock at a port in the Aegean Sea.

Sami Kalkavan, captain of the M/V ACT freight ship told broadcaster CNN Turk the coast guard ordered him to dock at the Greek island of Rhodes for inspection, and opened fire after he failed to comply, leaving 16 bullet holes in the vessel.

"The coast guard asked for the ship to be docked at the port at Rhodes immediately, and we did not accept this. They wanted to check (the ship), and we didn't accept that," he told the broadcaster. "They said they would fire if we didn't stop, they did what they said."

Kalkavan did not say why he didn't want the ship to be inspected. He said there was no risk of water intake from the bullet holes.

Broadcaster NTV reported that two ships belonging to the Turkish coast guard were at the scene, and it quoted Turkey's foreign ministry as saying it was in contact with the relevant authorities.

Kalkavan confirmed the ship, which had set off from Turkey's southeastern city of Iskenderun near Turkey's Syrian border, had returned to Turkish waters.

Friction between neighbours and NATO allies Greece and Turkey is not uncommon, given territorial disputes and Ankara's anger with Athens for failing to hand over Turkish soldiers who fled after an abortive coup last year.

Turkey and Greece came to the brink of war in 1996 over the ownership of uninhabited islets known as Imia in Greek and Kardak in Turkish.