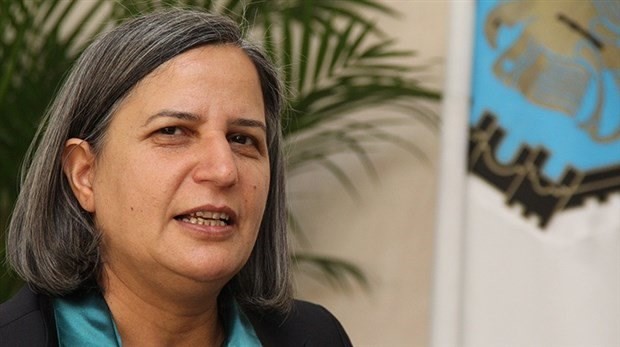 Diyabarkır Cosmopolitan Municipality Co-chairs Gültan Kışanak and Fırat Anlı have been taken into custody by counterterrorism units of the police force.

As reports about the operation against the co-chairs Kışanak and Anlı began spreading yesterday (October 25) in the evening hours, police forces surrounded the Diyarbakır Cosmopolitan Municipality building for security purposes and blocked entrances to the area.

While Kışanak was taken into custody as she was returning to Diyarbakır from Ankara, where she had attended a meeting of the parliamentary commission on coup attempt earlier in the morning, police took Anlı into custody at his house.

As police searched the municipality building, HDP Diyarbakır MP Ziya Pir also announced from his personal Twitter account that the house of Kışanak was also searched by the police. 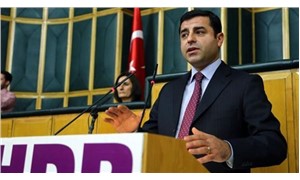 Demirtaş: ‘About 80-90 parliamentarians knew about the coup attempt in advance’

Talking to Özlem Karasu Çelik from online news portal DUVAR, HDP Mardin MP Mithat Sancar reacted against the latest developments and said: “AKP is not fighting against the coup; it is continuing the coup! They first started with smaller scale coups. The appointed a trustee to the cosmopolitan municipality of Diyarbakır. And, now, if the municipality heads get arrested, they can then divert to HDP’s group in the parliament. This has been talked about in certain platforms for some time by now. It is now certainly being understood that the speculations were not such scenarios...”

Also underlining that Kışanak was actually in Ankara earlier the same day, attending the meeting of the parliamentary commission that has been formed to investigate the coup attempt, Sancar added: “The meaning behind Kışanak being taken into custody at the airport in Diyarbakır when returning from Ankara, where she spoke for 3 hours at the coup investigation commission, is this: The coup commission has also been faced with a coup! Both the reliability of the commission and its goal with regards to investigation the attempt have not been revealed to be unreal. What is being experienced is a coup itself. And, I guess, those who claim that they are fighting against coups are actually just playing with the people! What do pro-coup people want? They want the politics to be out of the picture. And, the government is doing exactly this... What is the difference betweeen the coup plotters and the current ruling party? Two perceptions with the same goals and same methods!"