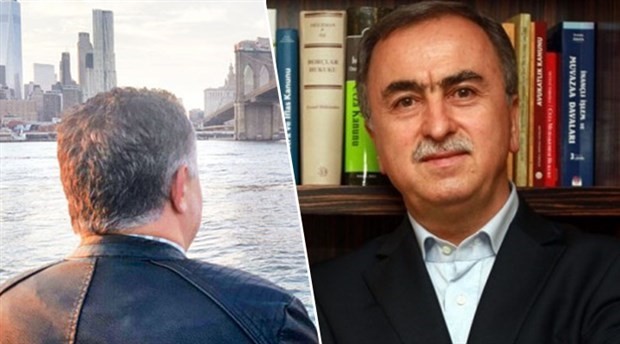 Chair of the parliamentary commission on coup investigation Reşat Petek said: “The person who is alleged to be the holder of the license for the ByLock application, David Keynes, called me from the USA”, adding: “I asked him what he wanted to talk about. He said he was actually a graduate of political science, not a programmer, and he told me that this program (ByLock) can actually be downloaded from Apple Store. And, I explained him that we did not actually carry out interrogations in legal terms… I told him to come and give information to legal authorities firstly. And, I said that he could then inform our commission…”

While giving statements before the meeting of the commission, Petek also emphasized that the role of the commission is at times mistaken by people as ‘being a place of trials.’ Peted gave further explanations about this and said: “First of all, we are not trying anyone here (at the commission). It is also not a place to prove anyone’s innocence. We only consult those that we invite to be able to get more information as to how FETÖ leaked into state institutions this much, how it reached the strength to carry out a coup attempt and who were the people that were especially responsible...”

While some of the mysteries behind the ByLock application which is alleged to have been used by FETÖ members as a secret communication tool remain unexplained, a journalist of Hürriyet newspaper, İsmail Saymaz, released a report on an interview he had with the self-claimed programmer of the application in New York recently.

According to the reports of journalist Saymaz on David Keynes, while Keynes – originally a person of Anatolian descent who changed his name in the USA as David Keynes – asserted that his initial plan was to have the application used for commercial purposes. However, Keynes continues in the interview, ‘90% of the ByLock users are indeed members or supporters of Fethullah Gülen.’