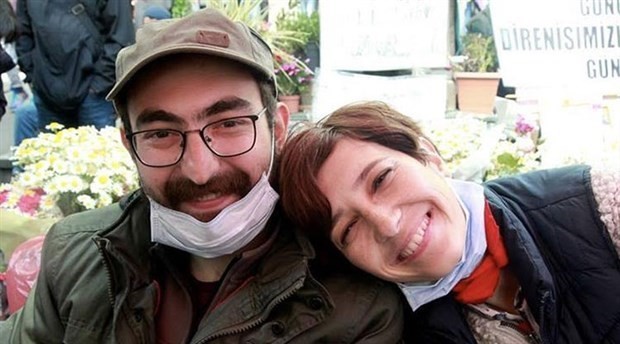 Health conditions of two dismissed academicians from Turkey begin deteriorating as they leave behind 60th day of their hunger strike.

Nuriye Gülmen and Semih Özakça have been holding a sit-in in front of the Human Rights Statue in Ankara’s Kızılay for over 6 months to demand their jobs back.

As their demand was left unmet and they were taken into custody several times, Gülmen and Özakça began a hunger strike in earlier March.

Thousands of academics in Turkey have been dismissed from their posts in scope of state of emergency law declared after the failed coup attempt. While Turkey’s government officials remain insusceptible to severity of the consequences of their crackdown, numerous platforms and civil society groups, as well as, politicians from the opposition, have been trying to support victims of the state of emergency laws and draw attention to violation of their rights.

In a recent visit to Gülmen and Özakça at their demonstration site in Kızılay, representatives from HDP and CHP expressed their support for all who have been affected by the emergency laws and called on the AKP government to ‘stop its unlawful practices.’ Dismissed Peace Academics were also there in support of their colleagues.

Earlier over the weekend, a press statement was given by HDP’s deputy parliamentary head, Filiz Kerestecioğlu. Supported by members of Street Academy and Human Rights Association (İHD), Kerestecioğlu also read their letter sent to the European Commission, where it was mentioned that ‘if academics of a country go on a hunger strike, that is the shame of that country.’

Turkey’s renown singer and composer Sezen Aksu also shared a message yesterday (May 8) on her personal website, calling government officials to listen to the demands of the academics Gülmen and Özakça. Aksu titled her message as ‘They are giving up on their lives.’

There are a number of other academics and professionals who also started a hunger strike in prisons with an attempt to get their voice heard by government officials.