It's useless to teach math to students who don’t know jihad, says MP from Turkey’s AKP

AKP MP Ahmet Hamdi Çamlı, who had previously been found out to be the name using a troll account – under the name of @yelizadeley – on Twitter, has recently given statements about the addition of chapters on ‘jihad’ in the new curricula for elementary, secondary, and tertiary schools.

As Turkey’s online news portal T24 reported, Çamlı praised the decision of the Ministry of Education for the widely disputed recent revisions and said: “If namaz is the pole of our religion, jihad is its roof. A tent without a pole is useless. And, there is no use in teaching math to a child who does not know jihad”. 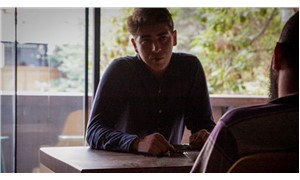 According to new curricula, students will be taught in the mandatory religion education courses about 5 pillars of Islam, as well as, jihad.

Turkey's new curricula include 'jihad' but leave out 'theory of evolution'

However, a theologian from Ankara University, Prof. Dr. Ismail Hakkı Ünal, said the decision to add jihad next to the 5 pillars of Islam is wrong since it is not one of the 5 rudimentary pillars. ‘Jihadis a concept that needs to be examined seperately’, Prof. Ünal said.

AKP MP Çamlı, on the other hand, claimed that ‘jihad is the number one priority in Islam’. “When we look at the sultans of the Ottoman Empire, we see that some of them actually did not even go to Mecca on pilgrimage in order to lead a jihad”.