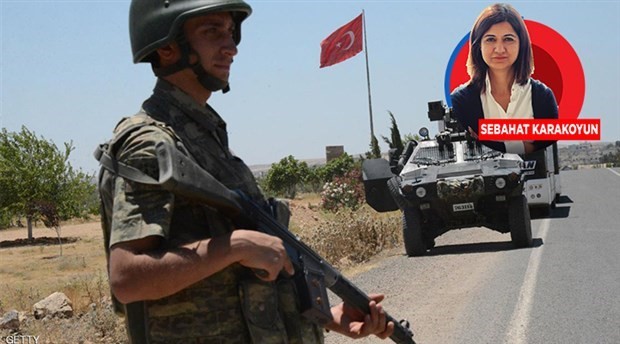 The jailed co-chair of the Peoples’ Democratic Party (HDP) noted that a planned authoritarianization process has been carried out step by step since June 7 in the country.

HDP co-chair Selahattin Demirtaş said that the emancipation of the country will come to the front when the oppressed people of Turkey come together. Demirtas, who answered the questions of Birgün from Edirne F Type Prison, warned that an early election to be held in the state of emergency will deepen the polarization and chaos in Turkey. Demirtas, for the congressional process of HDP, "In the congressional process, we also have the opportunity to organize an intimate confrontation with our shortcomings and mistakes. There may be renewal at all levels, including the Co-Presidency level. We will all be open to it ".

The answers given by Edirne F Type Prison to Demirtaş, who has been in detention since 4 November 2016, are as follows:

There is no condition for free elections in the country

» The AKP continues its moves towards the 2019 target. Nowadays, there are rumors about early election. What is your prediction about this?

It could be. The AKP-MHP alliance will create the most advantageous conditions for them and when this happened, they will set the election timetable. Currently there is no condition for free elections in the country. First of all, for this to happen, it is necessary to carry out an effective struggle against state of emergency, against repression and injustice. Otherwise, tomorrow's conditions will be heavier than today, and any election to be made on those conditions will not work, except for the establishing of so-called legitimacy of fascist ministers through the elections.

»When we take into consideration the interventions to the elections on the 16th of April and state of emergency conditions, do elections bring a solution to this condition?

On the contrary, it deepens the polarization and the chaos. Even if the fair election to be held in an equitable and free environment is won by the AKP, this will, of course, be legitimate and produce a solution. However, whoever wins in current conditions can not produce a solution.

»Where is the country drifting with the steps that Erdogan's foreign political moves and the constantly changing" friend-enemy country "definition?

Foreign policy has been deprived of strategic vision and strategic plan for a long time. Turkey is no longer a country that has reputation and impact over the region and the international arena. Kurdish phobia and Kurdish opposition put Turkey's foreign policy into a passive situation. However, alliances will be made with the Kurds, mainly Syrian ones, could bring peace to both the Middle East and Turkey much more easily. But the AKP can not even maneuver because it has destroyed all the bridges. However, if Turkey could do a strategic alliance with Rojava, peace talks was be done in Ankara rather than Geneva, Astana or Sochi. If the solution process was successful and the AKP was likely to push this process in reverse, it would probably be so. We, HDP, have always worked for it. But you can see where the point is reached. The answer to question of ‘what US and Russian troops are doing in Rojava’ is this: because you prefer to make alliances with Nusra etc. rather than with the Kurds. However, we must continue to struggle to build new bridges and open new doors.

Renewal of all levels at the Congress

»HDP celebrates its fifth year. Do you need a renewal in terms of your party policies and your political priorities?

Nowadays, HDP is in the usual congressional process. All of this will of course be discussed at conferences up to Congress and at the Grand Congress. The main political line of HDP, its topic of prioriy, its discourse and its mode of action correspond to a dynamic process which must be discussed at any moment. Our party will make all preparations in the framework of all these needs and will be strengthened more than the congressional process. At the same time, we have the opportunity to organize an intimate confrontation and correct practice with our shortcomings and mistakes. Of course, there will be a renewal at the level of the staff at the congress. There may be renewal at all levels, including co-presidency. We will all be open to it. Hereby, I invite all young people and women interested in democratic politics to take part in the new term in HDP.