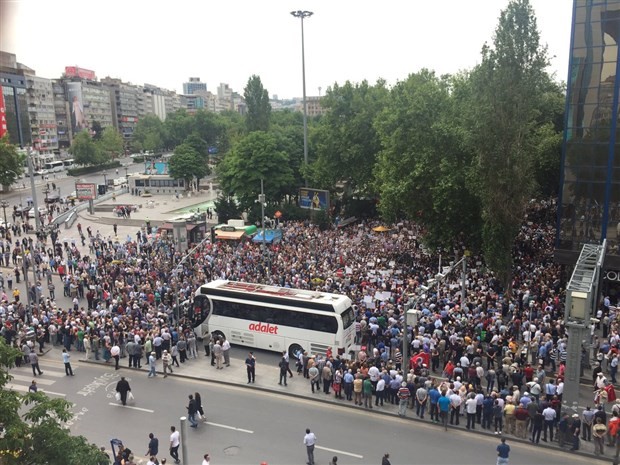 In his speech delivered before starting the march at Güvenpark, Kılıçdaroğlu referred to the jailed journalists and parliamentarians in Turkey and said there is currently a ‘dictatorship’ in Turkey.

‘We want peace in our country’, said Kılıçdaroğlu and added: “Enough! Justice will be brought to this country for sure! I said it before that if there is a need to pay a price, we are going to pay that price. We have to fight together for the future of this country. This march is not related to any particular political party. There cannot be peace in a country where prisons are overloaded. There can’t be peace in a country where there is no justice... We must do what’s necessary for this sacred notion. We respect everyone’s political views but we must ensure independence of judiciary. The whole world should hear us: we are faced with a dictatorship in Turkey, in our own homeland! And, we do not want a dictatorship; we don’t want coup plotters. We do not want those who carried out the July 20 coup. We want peace: the whole world should hear this. We want justice for everyone: for workers, for teachers, for public employees.”

Kılıçdaroğlu announced that he will be walking from Ankara to İstanbul’s Maltepe prison, where MP Berberoğlu is place in detention.

According to reports, he will be walking 18 km per day and his march will last for about a month. ‘I will have in my hand only a banner that says justice’, Kılıçdaroğlu said.