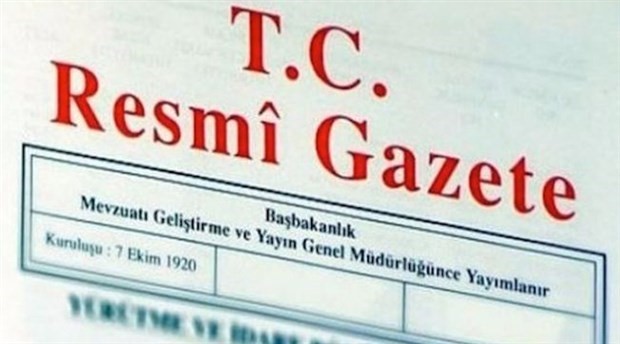 As the crackdown of Turkey’s government since the failed coup attempt of last summer continues, two new decrees passed by Turkey’s President and the Council of Ministers in reference to state of emergency law have ordered 3974 more people to be dismissed from their posts, including 484 academicians.

Announced on Official Gazette (Resmi Gazete) today (Aprill 29), the first of the two decrees (with code 689) noted that ‘public employees who are found to be in contact or affiliated with terrorist organizations or groups/structures that are designated by the National Security Council as dangerous for the state’s national security can be dismissed from their posts without any prior court decision or a notice.’

Nearly 4000 more people dismissed from their posts in public institutions

In line with the order, a total of 3974 public employees have been dismissed from post. While 1127 of them are from the Ministry of Justice, 484 are academicians at universities across the country. Another institution where massive dismissals have been ordered under these latest decrees is Turkey’s Presidency of Religion Affairs (Diyanet), from which 201 employees have been expelled.

Some of the other institutions that are listed are ministries of energy, environment, foreign affairs, youth, finance, and EU affairs.

The decree also orders for 14 more associations; 13 health institutions; 18 foundations; 1 newspaper; and, 1 journal to be shut down.

Of over 100K suspended people, only 236 returned to post

Also including a list of people who are to be returned to their previous posts in public institutions – from which they were suspended with earlier decrees -, the decree orders that these returning individuals will not be allowed to demand compensation for their losses due to their suspension.

With the latest order, a total of 236 people have been allowed to return to their positions, out of more than 100K people who have been suspended. 416 people had been granted the chance to return with the previous decree passed earlier in March.

59 students from Turkey who were enrolled in higher education programs abroad through state-funded scholarships have also been expelled from their programs in Turkey and their eligibility for educational funds and benefits provided by the state was reverted.

In addition, one of the 7 items of the first of the two most recent decrees (689) includes a change on the initial wording of the declaration of state of emergency, issued back in August of 2016. While the former order covered investigations into FETÖ/PYD - the movement led by Islamic cleric Fethullah Gülen alleged to be the mastermind behind the coup attempt-, the current changes include addition of the phrase ‘and/or other terrorist organizations.’

Though the state of emergency was initially declared in the country in response to the July 15 coup attempt, and, FETÖ/PYD were held responsible for it, a great number of individuals and institutions that did not have any connection to the group or even opposed to it were also targeted in scope of the state of emergency laws, causing opposition forces to also react in the face of this wide scale witch-hunt.

The second decree (with code no.690), on the other hand, has 77 items that are almost entirely unrelated to the scope of the state of emergency law. Also including detailed changes on certain regulations that were passed in as far back as 1924, the decree (no.690) orders for new regulations on a variety of fields, including national security, judiciary, health, education, social welfare, security forces, and more.

Among the several items that call for changes or additions that are entirely irrelevant to the scope of the emergency law are legal procedures regarding divorce of Turkish individuals married with foreign nationals and the ban on dating or marriage programs broadcasted on radios or television channels.

Since the declaration of state of emergency last summer, over a dozen statutory decrees have been passed with the decision of the President and the Council of Ministers in Turkey. The Grand National Assembly, whose 13 members are still jailed, has had no chance to have a say in any of these decisions, which left hundreds of thousands of people not only unemployed but also unlawfully labeled; tens of thousands – including over 150 journalists – imprisoned; and, thousands of institutions shut down.