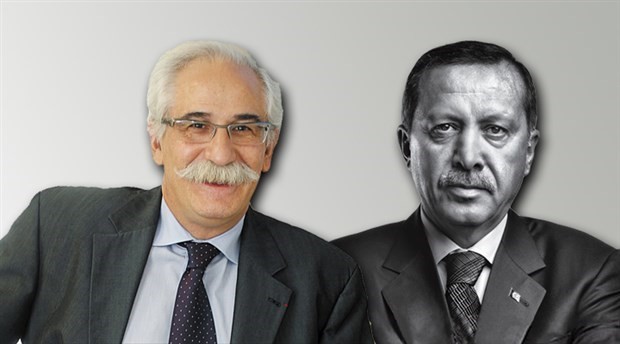 Representing over one million lawyers, Council of Bars and Law Societies of Europe (CCBE) has sent a letter to President Erdoğan expressing their concerns over the arrest of head of ÇHD (Progressive Lawyers Association) Münip Ermiş, as well as, the situation in regards to treatment of lawyers in Turkey in general.

In the letter, it was also demanded that ‘all lawyers in Turkey must be assured to perform their professional duties without having fears or worries about being punished, intimidated, hindered, or harassed.’

Signed by the President of CCBE Michael Benichou on behalf of the CCBE and dated as 12 September 2016, the letter had the subject title of ‘Concerns about lawyers in Turkey, especially about Münip Ermiş, Vice-president of ÇHD (Progressive Lawyers Association)’, and, included the following remarks:

“…CCBE places great importance on rule of law and is concerned about especially the advocates of human rights across the world.

As CCBE, we would like to express our great concern about the situation in regards to certain lawyers in Turkey, especially that of Münip Ermiş, the vice-president of ÇHD…

We have been informed about the decision of Chief Public Prosecutor’s Office for the arrest of 25 lawyers… Member of Antalya Bar Association and vice-president of ÇHD Münip Ermiş is among the 22 lawyers taken into custody… Officials have not reported to the public, yet, why these arrests are taking place.

…His Excellency, CCBE had already shared its concerns about the treatment of lawyers in Turkey, following the July 15 coup attempt, in its letter dated as 19 August 2016.

In this regard, CCBE would like to draw your attention to UN Basic Principles on the Role of Lawyers, and, especially to the 16th, 20th, and 22nd articles of this documents, which state the assurances for lawyers to have while carrying out their duties.”

Benichou’s letter, written on behalf of CCBE, ends with a demand for Münip Ermiş and other mentioned lawyers to be released, and, for all lawyers in Turkey to have the assurance of doing their jobs ‘without intimidation, hindrance, harassment or improper interference’.

Known for his socialist identity, member of ÖDP (Freedom and Solidarity Party) and vice-president of ÇHD (Progressive Lawyers Associations) Münip Ermiş have been taken into custody last week, along with over 20 other lawyers in scope of investigations into FETÖ/PDY.