Memo of 'No and Beyond' platform of Turkey on referendum irregularities 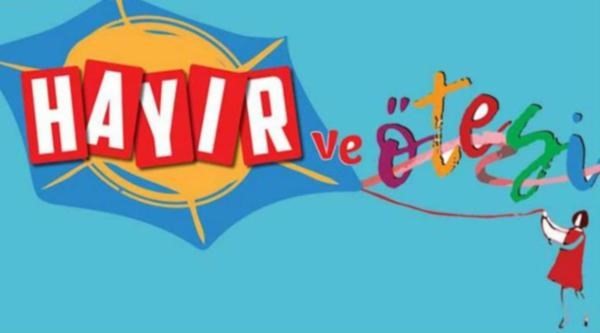 As the legitimacy of the referendum results for the controversial constitutional amendments in Turkey is still being contested by opposition forces in the wake of a series of revealed irregularities, the No and Beyond (Hayır ve Ötesi) platform - a large group of volunteers across the country who took active roles at polling sites during the polling as observors - has shared their first memo outlining what they have detected so far. In light of their findings, the platform called on for the referendum to be annuled.

NO AND BEYOND - MEMORANDUM ON THE REFERENDUM

• During the last 2 months we have been indicating that the ballot box will be secured by us.

• Thereby, we submit this memorandum with the comfort of having done all the necessary things during the day of the referendum.

• Regarding the Constitutional Amendments Referendum held on Sunday, April 16, 2017: the recorded information received from our volunteers, which currently corresponds to approximately 25 percent of the casted votes, has already been recorded in the No and Beyond data system.

• Data entry process and analysis on the basis of ballot boxes are being conducted vigilantly.

• Within this scope, we have examined each of the wet-ink signed documents showing the voting results and compared them with the Supreme Election Council’s (“SEC”) data, and finally came down to the below conclusions.

• These detections are only the results of our pre-study and the detailed report will be submitted to the public as soon as we complete our work.

• According to the SEC’s database, 961 ballot boxes situated in Akçakale, Viranşehir and Hilvan of Şanlıurfa; Hasköy of Muş; Çekerek of Yozgat and Akyazı of Sakarya have all comprise to “Yes votes” in the ratio of 100%; in other words, there was not only 1 (one) single “No vote” in any of them.

• We find this result against the natural flow of life, since there had been a considerable number of votes for opponent parties in the general elections, held back on November 1, 2015.

• In this framework, comparison of election polls have been continuing with the previous referendums and with electoral behavior in the electoral districts mentioned above.

• Below you may find some of those ballot boxes as examples.

• Further to our examinations, we have found that 100% of the eligible voters have appeared to have attended polling in 30% percent of the abovementioned 961 ballot boxes which have comprised to complete “Yes votes”.

• Now, we are working on reaching such voters to determine whether they really all casted their votes or not.

• We also realized that the signatures on the voter-lists are identical in the ballot boxes in Urfa, Viranşehir; and, therefore came to the conclusion that all those votes were casted by the same person.

• This situation stands as a proof of “block votes” beyond any doubt.

• We have conceived that numbers of the votes are more than the number of eligible voters in 7048 ballot boxes.

• Considering our detection in respect to “block votes”, it is reasonable to suspect that it has been voted by someone on behalf of the people, and in favor of “Yes”. Those 7048 ballot boxes, in particular, should be investigated in detail.

• We have determined various ballot-boxes with less than 5 (five) “No votes”, although there were a considerable number of supporters of opponent parties at the same voting districts in the general elections, held on November 1, 2015. We are now working on previous voting behaviors in these districts.

• These findings alone are sufficient enough to show us the fraud and irregularities of the referendum and we believe the severity this referendum has created is beyond the “dispute on the unstamped ballots”.

WHY HAS THE REFERANDUM LOST ITS LEGITIMACY?

• SEC announced with a decision made during the polling that ‘unstamped’ votes, if not proven to have been brought from outside, would be valid. By this decision, it has clearly violated the provision, which is clearly stated in the electoral code, that requires the ballot papers and envelopes used without the official stamp to be rendered invalid.

• The SEC President has defended these actions by stating that the same circumstances were applied before, and have accepted the objections made by AKP. However, it has been discovered that during this same referendum, the SEC has cancelled, in response to AKP’s objections, the counting of unstamped ballot papers used by citizens in other countries.

• In countless ballot boxes, votes have been casted in a way where they were stamped with previously used ‘YES’ marks, instead of the currently used stamps that say ‘CHOICE’. And, even though changes were made by SEC, prior to the polling, with regards to use of CHOICE marks instead of the old ones with YES, all of the votes casted with the old YES stamps have been accepted as valid. Despite the fact that the SEC announced and declared to all voting centers months before the referendum that the seal of CHOICE would be used in this referendum, no action was taken against officials and officers on duty who clearly pushed for the YES vote to prevail and deceived by using mentioned old stamps.

• Especially in eastern and southeastern provinces, the “Private Vote-Open Counting” principle was turned into an “Open Vote-Private Counting” by armed security forces who clearly intervened in the voting process of citizens. For example, in Muş Province-Hasköy District-Dağdibi Village, an individual named Rıdvan Işık attended the room with box number 1031 with a long barreled firearm in hand even though he was a polling clerk on duty and he proceeded to take photographs of voters and publish them on social media along with the ballot box voting record. The votes in the aforementioned box were input as 290 YES votes out of a total of 292. However, the voting results for the 1st of November elections for the particular town were as follows: AKP 108, CHP 3, HDP 109.

• Thousands of illegal intervention cases have been put on record, such as voting outside of the voting center, stamps and ballots circulating freely in the hands, revealing what vote has been used.

• Although over 200 construction workers, who have been working in Datça district of province of Muğla, couldn’t go to their 1200 km away home in southeast to vote on the referendum day, the boxes where they were officially listed to cast their votes in were claimed to have received votes of %100 of the eligible voters listed in their ballot boxes.

• Ballot papers, stamps and envelopes coming from unknown origins outside of the designated polling sites were sighted in almost every city and it has been detected that thousands of people were clearly involved in irregularities.

• Objections against unstamped ballot papers and envelopes actually mean manipulation of nearly 2.5 million votes. It is inevitable that the public vote held on Sunday, April 16, 2017 must be invalidated on the grounds of all kinds of these legal matters related to it, considering together with the other cases mentioned above, although even just this particular case – suspicion on 2.5 million votes being rigged – should in fact be a reason sufficient enough for the annulment of the referendum.

• It is the right of every citizen to participate in elections and referendums that are held in line with fundamental principles of democracy, such as the principle of running polls that are secure and purified from any doubt and/or corruption.

• It is clear that this right cannot be practiced under the current conditions and the annulment and renewal of the public vote emerges as the only justification.