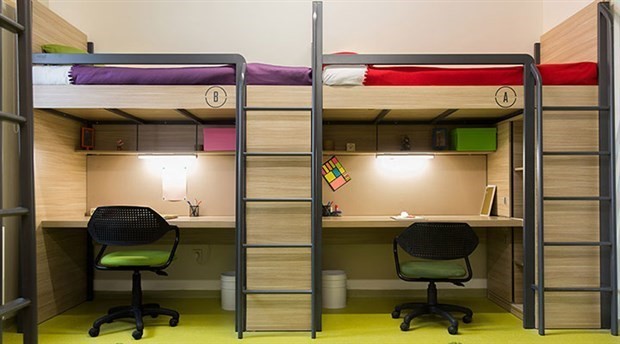 The recently announced new regulations of Turkey’s Ministry of National Education on private dormitories included a rule questioned by many.

According to this rule, 2 students will no longer be allowed to stay in one room. Rather, the rooms will be arranged in a way to house 1, 3, 4, 5, or 6 students.

Giving statements to Turkey’s state-run Anadolu Agency (AA), the head of the Private Student Dormitories Association Federation, Hüseyin Yıldızhan, also mentioned the rule of ‘no room for two’ and said this was something seen by authorities as ‘undesirable’.

As the online news portal of trade unions of Turkey, sendika.org, has also reported, Yıldızhan said the Association’s executives held several meetings with the officials at Ministry of Education during the preparation phase of the new regulations. When asked about the rule on rooms for two people, Yıldızhan stayed away from giving a clear answer and replied by saying, ‘I cannot answer this question over the phone but you’d understand why’ such rule is enforced.

Covid-19: Lifestyle changes needed to stop the next pandemic
X