One thirds of jailed people in Turkey are students 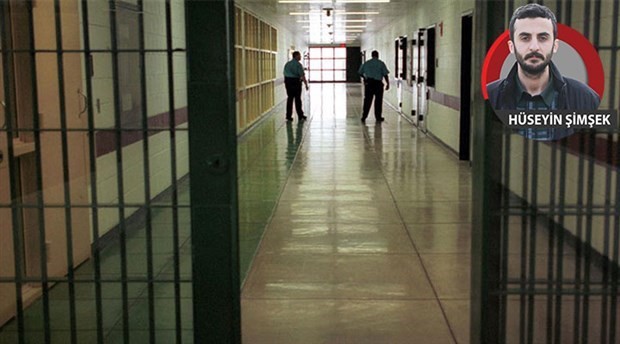 A new data has recently been revealed regarding the conditions in Turkey’s prisons, which have caused concern, especially since the coup attempt of July 15, due to their overcrowding and claims about maltreatments.

In a parliamentary question, main opposition CHP’s (Republican People’s Party) İstanbul MP Gamze Akkuş İlgezdi had asked Justice Minister Abdülhamit Gül the number of students in jail. Answering MP İlgezdi’s question on ‘student inmates’, the Justice Ministry said: “The number of students arrested and convicted by the end of 2016 was 36,033; and, these people are enrolled in high schools or in two or four year college programs. There are also 33,268 arrested or convicted people who are enrolled in distant learning at college level”.

According to previous data of the Justice Ministry, there were 2,776 arrested and convicted students in prisons as of May of 2013. This number has increased by 25 times by the end of 2016 and reached 69,301.

Information regarding students whose right to education was restricted since they had to freeze their enrollment while in jail was not shared by the Ministry. ‘The Justice Ministry does not have a record of this’, the statement said.

Giving statements on the data of Justice Ministry released as an answer to her question, MP İlgezdi said: “We have come across the highest number of student inmates under this government. 69K prisoners are continuing with their education under the difficult conditions of prisons. This number amounts to one thirds of the total number jailed people as of end of 2016. Meaning, one in every three prisoner is a student”.

Emphasizing that it is important for student inmates to be able to practice their fundamental right to education, MP İlgezdi listed the problems faced by these jailed students as the following: student inmates have difficulty in renewing their enrollment and in affording their tuition; cannot attend lessons which require attendance; face the risk of getting kicked out of school; do not always have the chance to be taken to exams; end up having to pay for the shuttle that takes them to exam sites; usually stay in prisons in cities different than their schools; do not have access to libraries and other sources; and, cannot practice their right to education due to their prolonged detention.