Opposition in Turkey criticizes report of committee on coup investigation 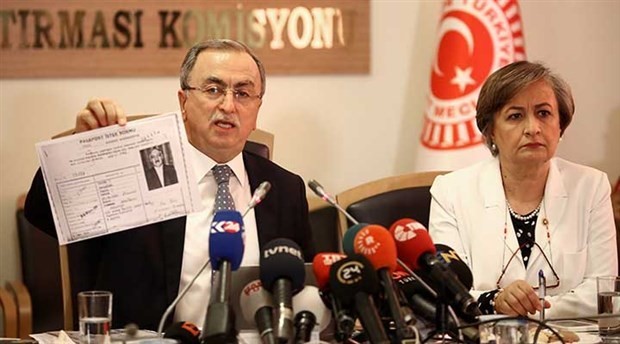 The parliamentary committee on coup investigation had consisted of 15 members, 9 of whom were AKP members. Moreover, Reşat Petek, an AKP member widely known for his praising of Fethullah Gülen, was selected by AKP members as the head of the committee.

In its feedback to the report of the parliamentary committee on coup investigation, Turkey’s main opposition party CHP (Republican People’s Party) wrote: “The bloody and malevolent attempt (on 15 July 2016) was an incident that was unexpected, shocking, and devastating for the innocent people of this country. However, there were some who had known about this attempt and waited for it…”

CHP’s 307 pages long comment on the report was signed by CHP’s members in the committee – Aykut Erdoğdu, Sezgin Tanrıkulu, Aytun Çıray, and Zeynel Emre; and, previous statement of CHP’s chair, Kemal Kılıçdaroğlu, where he called the attempt as a ‘controlled coup’, was repeated in the report.

Speaking at a press conference on this feedback, MP Erdoğdu said: “The vile coup attempt of July 15 was an attempt that was foreseen but not prevented and its results were controlled.”

…Answering a question on the political arm of the coup attempt, MP Erdoğdu replied, ‘it was AKP.’

Also giving statements at the press conference, İstanbul MP from CHP, Zeynel Emre, said: “The committee on the coup investigaiton completed its work with this report. Throughout the 11 months that passed since the creation of the committee, CHP handled what it needed to and also revealed the actual intention of the ruling party, which has turned the coup attempt into an advantage for itself.”

MP Tanrıkulu likened the coup attempt to the story in the Red Monday by Gabriel Garcia Marquez and said ‘the coup attempt was like a Red Friday. Everything was known before hand but was not prevented…And, the results of the plot have been used (by the ruling party) and a counter-coup has been carried out…”

HDP: It is still puzzling

The comment of HDP included a statement on the ‘mystery behind how and when exactly president Erdoğan had found out about the attempt’. ‘Contradictory explanations of Erdoğan on such a critcical day and time leave question marks in minds’, HDP said.

Also referring to the story regarding the Chief of General Staff, Hulusi Akar, the feedback report of HDP said that details about his action on the night suggests that ‘the course of the attempt was changed on that night.’

Criticising the work of the committee, HDP said: “The work of the parliamentary committee on coup investigation deviated from the objective of investigating the coup process or preventing further coups and rather turned into something where truth was twisted in a way that would strengthen the arguments of AKP.

MHP: It is ridicilous that no lawmaker uses ByLock

Nationalist Movement Party (MHP), on the other hand, drew attention to the political arm of the coup attempt. Shared by MHP’s executive member and Muğla MP, Mehmet Erdoğan, MHP’s feedback included a criticism on the lack of reference to the political arm of the coup. MHP also stated that ‘it is ridicilous for no lawmakers to be found to be using ByLock app.’
MHP also mentioned that although there is indeed a reference in the report of the committee to the ‘lawmakers who were members of FETÖ who tried to design the political manevuers’, the report did not give any names in this regard...

Front-page article of BirGün published on 13 June 2017, Tuesday with the title of 'It is a report that nobody believes'