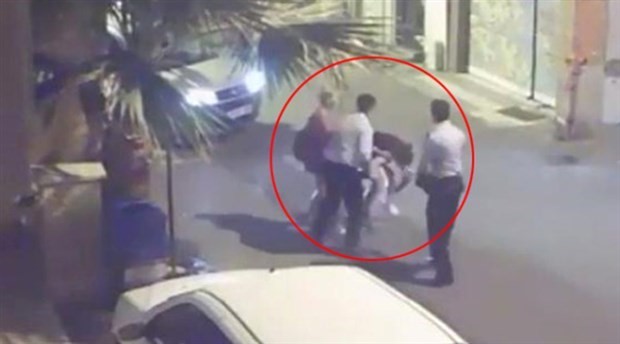 Two women in Turkey’s Aegean province of İzmir were battered by police officers from whom the 19 and 22 year old women sought help after having been harassed by a man on a motorcycle.

Talking to Show TV after the incident, the two women said they were harassed by a man riding a motorcycle as they were walking on the street. When the two saw police officers down the street where the aggressor passed by, they approached the officers to report the incident and told them the man on motorcycle that just passed by harassed them.

As one of the officers told them ‘it is what they deserved considering the outfits they had on’, the women reacted in shock and anger, telling the officer he did have a right to question that.

The two women were then punched and battered by the officers. The video footage of the attack of the officer on the harassed women was caught on security cameras.

On Saturday (August 12), Head of the Directorate of Police Department in İzmir, Hüseyin Aşkın, gave a statement on the aggression of police against the women.

According to report of Banu Şen from Hürriyet, officer Aşkın said their department has launched an investigation into the incident to find out the details behind it.

‘If our staff has done something wrong, necessary legal action will definitely be taken’, Aşkın said.