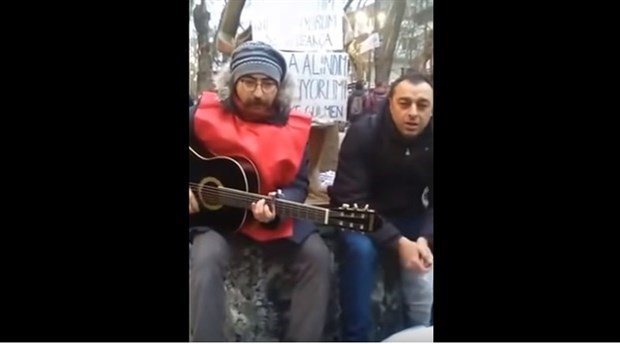 Turkey’s dismissed educators Nuriye Gülmen and Semih Özakça were taken into custody after a midnight police raid at their houses on the 75th day of their hunger strike.

Gülmen and Özakça appeared before the prosecutor in Ankara today (May 23) to testify. 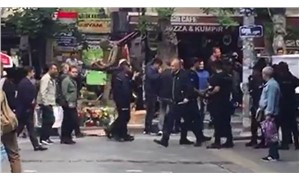 According to reports of BirGün reporter Hüseyin Şimşek from BirGün’s Ankara office, prosecutor’s only ‘accusation’ against Semih Özakça was that ‘he was playing the guitar in front of the Human Rights Statute on Yüksel Street in Ankara and video images of it were being shared in social media by a number of accounts.’

After Özakça said it was indeed him playing the guitar in the videos and said that it was not ‘a crime’, prosecutor continued with the testimony of Nuriye Gülmen.

Gülmen and Özakça, two dismissed educators in Turkey, have been holding a sit-in in Ankara’s downtown Kızılay to demand their jobs back. Not having been able to get their demands met, they decided to go on a hunger strike to express not only their concerns but also the unlawful treatment hundreds of thousands of people in Turkey have faced under the state of emergency laws in the country.

Lawyers of Gülmen and Özakça speculate that the government officials fear that the demonstration of the two dismissed educators will grow into a major protest similar to that of Gezi Protests of 2013.

Both in Turkey and abroad, several artists and civil society groups have sent solidarity messages to Gülmen and Özakça, as well as, to all other individuals in the country dismissed from their jobs under state of emergency decrees.