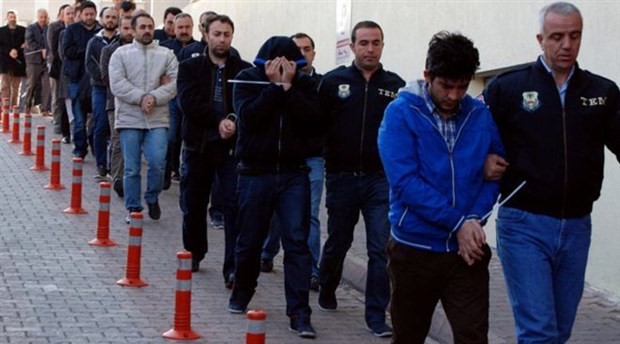 Since the start of the crackdown of Turkey’s government in response to the failed coup attempt of last summer, hundreds of thousands of public employees have been either dismissed or suspended.

While most of those dismissed or suspended are accused of having ties to the Hizmet Movement of the exiled Islamic cleric Fethullah Gülen - alleged mastermind of the coup -, thousands of people who are members of the opposition, including the signatories of the Peace Petition, have also been targeted.

According to a latest report of BBC Türkçe, 37 dismissed or suspended public workers have committed suicide since the crackdown was started with the declaration of a state of emergency in August of 2016.

Main opposition party CHP’s deputy chair Veli Ağbaba also presented a report, stating their findings indicate at least 35 people committed suicide after being dismissed or suspended from their jobs with the emergency decrees of the president and the Council of Ministers.

As the concerns about the increasing cases of suicides related to the purge grow, two more police officers were reported to have committed suicide. The two officers, from Ankara and Osmaniye, were among the 9103 police officers who were suspended last week.

Suicides related to dismissals and suspensions under emergency decrees took place in 24 provinces across Turkey and, in almost half of the cases, arms assigned to officers were used. 8 of the people ended their lives while under custody or detention.

Talking to BBC Türkçe, Bekir Yıldız, brother of the assistant principal who committed suicide in Çorum on November 24th after getting suspended, said: “We feel mistreated. We are people who stand up in dignity in this country. So, nobody can call us FETÖ supporters!”

Yıldız also tells how his brother’s suspension caused him and the family as a whole to be isolated from people in their small town since they were ‘labeled’ and pushed away by people.

When asked about the victimizaiton of people under these strict measures, deputy health minister Ahmet Baha Öğütken said: “Although the dismissed people assert that they did not act along with them (coup plotters) and that they were not the mastermind behind it, these people took on roles in this movement and now they cannot work for the state anymore. We could’ve also disregarded their diplomas but we did not quarrel with nobody’s bread and butter.”

AKP’s Bursa MP and a member of the coup investigation committee of the parliament, Zekeriya Birkan, said the assertions on ‘victimization’ were not right, adding: “Not even those who personally were involved in the coup and who fired up on people have admitted to their crime. They are trying to create a perception among the public that they are victimized. The ones who are actually victimized are our martyrs, veterans, and the Turkish nation that is still under a truma.”