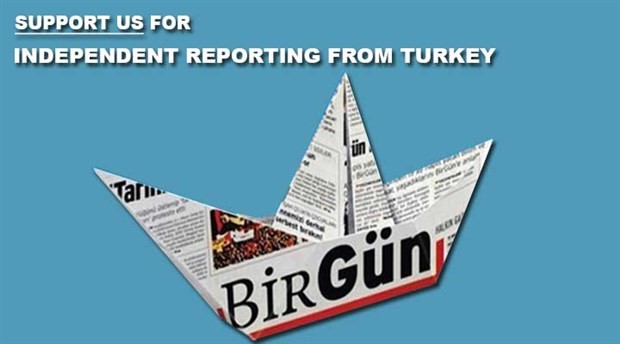 A year ago around this time, BirGün released a statement calling its readers for support in order to be able to further its independent reporting in Turkey in the face of difficult times witnessed in the country. As this call was responded by a significant number of our supporters, it allowed us to continue our publications and programs and to also grow further as BirGün Media.

On top of the persisting difficulties in the country in the fields of education, public services, civil and political platforms, and other areas of life, a failed coup attempt which is asserted to have been carried out by a long time close partner of the ruling party was countered by the government’s fierce civil coup where free media became one of its main targets.

Since then, hundreds of media outlets have been shut and over 140 journalists, including our colleague from BirGün Mahir Kanaat, have been jailed over arbitrary and unreasonable accusations of officials.

As only a few media outlets with a voice in opposition remain in operation in Turkey, we would like to take this chance to ask you for your support in order for us to be able to continue reporting especially on issues that are mostly either ignored completely or reported with a twist, such as the presence of ISIL forces in Turkey, spread of child abuse cases, hardships faced by the labor forces, just to name a few.

Meanwhile, Turkey has now entered into a referendum process where people of Turkey will be voting on a constitutional amendments package designed by the ruling party and approved in the parliament.

As political groups and the public launch and organize their campaigns for the referendum, those who are in opposition of the proposed new constitution, which also suggests a shift to a presidential system in Turkey, have already begun facing difficulties and even threats from the supporters of the government. As BirGün, we will also be reporting on referendum process and giving voice to the opposition.