Turkey has been ruled under a nationwide state of emergency law enforced since August of last year. While tens of thousands of people have been jailed in scope of investigation into the failed coup attempt, yet another case of violation of rights and maltreatment at Turkey’s prisons has been reported, reminding of the days of the September 12 coup of 1980. 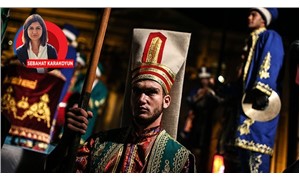 One day, Hasan Yakut, who has been imprisoned in Antalya’s L-Type prison, was called by prison guards, who had told Yakut that his ‘lawyers were waiting’ for him. Having left his ward after changing his clothes, he returned 5 days later – though it was supposed to be one hour meeting – with torture marks over his body.

Lawyer Deniz Yıldırım talked to BirGün about what Yakut went through at the police station: “Many people, including Yakut’s mother, saw marks of torture on Yakut’s body. It turns out, he was tortured here every day. He was threatened with harassment with a baton. And, he was told that his mother and sister would be jailed, too, if he did not speak.”

As lawyer Yıldırım tells more, scandalous practices at Antalya L-Type prison do not stop there. Once, a person came to the prison and wanted to speak to the jailed people. When she/he was taken to the visiting room, the person spoke to the detainees in Kurdish and told them she/he was ‘a lawyer who wanted to help them.’

Detainees told their families about the name of the person and they found out that there was no lawyer with that name registered with the Turkish Bar Association.

Lawyer Yıldırım notes that there are numerous cases of violations of rights in prisons.