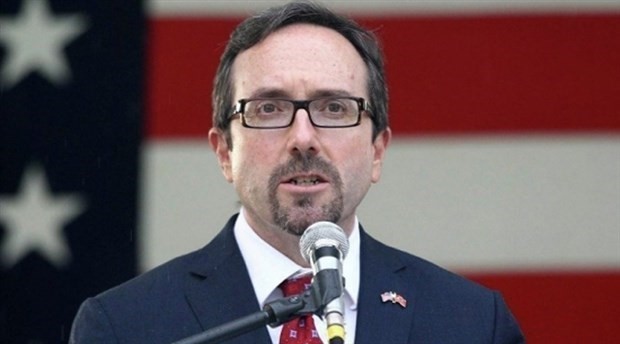 Washington - President Donald Trump has nominated a key diplomat as the new US ambassador to Afghanistan.

The White House said in a statement Thursday that Trump would name John Bass, the US ambassador to Turkey, to lead diplomatic efforts in the war-torn nation.

Bass has been in his current post since 2014. Prior to that he was ambassador to Georgia, also during the Obama administration. The White House said he had served at six US missions overseas.

The announcement of the nomination came as the US undertakes a review of its strategy in Afghanistan.

In June, Secretary of Defense Mattis said he would deliver a new strategy around mid-July, and officials told CNN last week that the strategy review was nearing a close.

The US embassy in Kabul is currently under the leadership of the chargé d' affaires, Hugo Llorens.

The United States invaded Afghanistan shortly after the terrorist attacks of September 11, 2001, pushing the Taliban out of power and beginning what would become the nation's longest war. Under then-President Barack Obama, the US declared an end to combat operations in Afghanistan at the end of 2014. But the Taliban and ISIS both have footholds in the country and in April, the US dropped one of its largest non-nuclear bombs on a Taliban post -- the first such use of the weapon in battle.

Trump and Secretary of State Rex Tillerson have faced criticism over the pace of State Department nominations. South Carolina Republican Sen. Lindsay Graham took the two to task in an interview on NBC's "Meet the Press" in early July, citing a lack of diplomatic leadership in Afghanistan and Pakistan as a particular cause for concern.