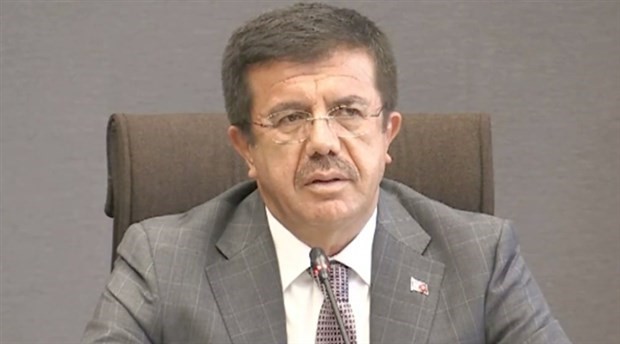 By Orhan Coskun and Ercan Gurses

ANKARA - Turkey's economy minister sought to stem the economic fall-out from a growing diplomatic crisis with NATO ally Germany, saying that German investments in Turkey were fully guaranteed by both the Ankara government and its laws.
In an interview with Reuters, Nihat Zeybekci also denied reports that Turkey gave Berlin a list of companies it was targeting for suspected links to last year's coup attempt.

"All German investments in Turkey are 100 percent under the guarantee of the Turkish government, the state and law," Zeybekci said in the interview in Ankara late on Thursday.

"The Turkey-Germany crisis is temporary. One must refrain from words that would cause lasting harm to the economies. Germany must reassess comments that are inappropriate."

Germany on Thursday told its citizens to exercise caution if traveling to Turkey and threatened measures that could hinder German investment there, as its impatience grew with Ankara after the detention of rights activists.

Turkey this month detained several human rights activists, including a German and the local head of rights group Amnesty International, as part of the widespread crackdown that followed last year's failed coup.

German Foreign Minister Sigmar Gabriel has said that Berlin's policies towards Turkey should go in a "new direction" and said he could not advise companies to invest in a country without legal certainty.

Rights groups and some Western governments say Erdogan is using the crackdown as a pretext to quash dissent. The government says the measures are necessary given the gravity of the security threat it faces.

The Die Zeit newspaper reported this week that Turkish authorities had several weeks ago handed Berlin a list of 68 German companies, including Daimler and BASF that they accused of having links to U.S.-based cleric Fethullah Gülen, blamed by Ankara for orchestrating last July's failed coup.

"The allegation that Turkish authorities gave Germany the names of German companies linked to Gülen is not true. This is fake news," Zeybekci said.

Germany was Turkey's top export destination in 2016, buying $14 billion worth of Turkish goods, according to IMF data. It was also the second biggest source of Turkish imports, at $21.5 billion. Only China, at $25.4 billion, exported more to Turkey.

Zeybekci said Germany's behavior in cautioning its citizens over travel to Turkey was "unfortunate", but he did not see harm accruing to tourism.

So far this year, bookings from Germany have accounted for some 10 percent of Turkey's tourists.

Last year, the number of foreign visitors to Turkey fell to 30 percent amid a spate of bombings by Kurdish and Islamist militants, the lowest in nine years. The travel sector contributes about $30 billion to the economy in a normal year.