Turkey 'on the road to autocracy,' Venice Commission watchdog says

A body of constitutional law experts has warned of a "one-person regime" in Turkey, a German paper has reported. Proposed constitutional amendments seek to establish an executive-style presidential system. 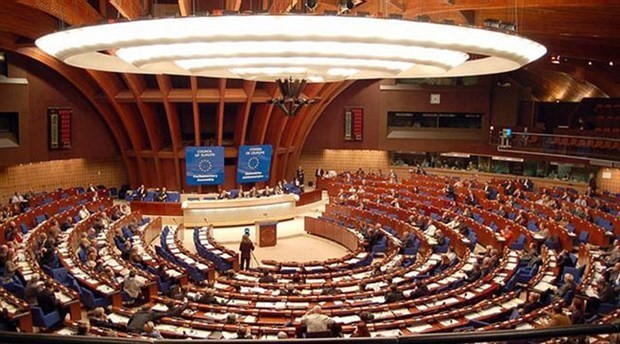 The Venice Commission, an advisory body of constitutional law experts, has described a "dramatic decline in democratic order" in Turkey, the German newspaper "Süddeutsche Zeitung" reported on Wednesday.

The Commission, which advises the Council of Europe, one of the continent's human rights bodies separate from the European Union, reported that the proposed changes to the constitution in Turkey place the country "on the road to an autocracy and a one-person regime," according to the newspaper.

In January, Turkey's parliament approved a series of constitutional amendments approved by Turkish President Recep Tayyip Erdogan that would transform the political order into an executive-style presidential system, effectively widening the scope of powers of the position.

The parliament's approval paves the way for a nationwide referendum on the amendments, which would give the president, a traditionally more ceremonial role, the power to dismiss ministers and parliament, issues decrees, declare emergency rule and appoint figures to key positions, including the judiciary.

It would also allow the president to be a member of a political party, which is currently prohibited under the constitution as the presidency is expected to exercise impartiality.

Opposition parties have voiced concern that centralizing power in the presidency will fuel authoritarianism in the country.
"The state will be degraded to a one political party and that political party will be turned into the state's party. That is dangerous," said Turkish ex-Foreign Minister Deniz Baykal of the Republican People's Party (CHP).

'Worst crisis in a generation'

The Venice Commission criticized Ankara's decision to push through constitutional changes during a state of emergency, saying the "severe restrictions" of political freedoms jeopardize the necessary framework for such pivotal modifications to the law.

A failed coup in July 2016 prompted Turkish authorities to declare a state of emergency, which has witnessed a crackdown on freedoms of expression, association and assembly.

Turkey has come under heavy criticism in Germany after the arrest of German-Turkish journalist Deniz Yucel. He is pending trial on charges supporting a terrorist organization.

More than 43,000 soldiers, police officers, judges and teachers have been arrested for suspected involvement in the failed coup.

"With hundreds of thousands of people dismissed or detained without due process, an independent media silenced and Kurdish opposition members of parliament in jail, Turkey has been plunged into its worst crisis in a generation," said Hugh Williamson, Human Rights Watch's Europe and Central Asia director, in January.