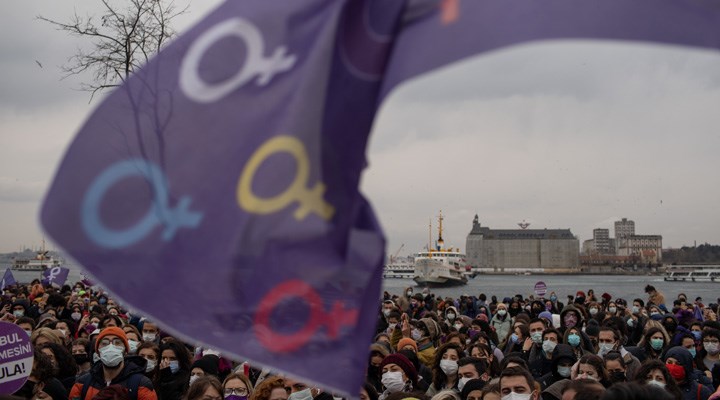 Lawyers have denounced the decision, recalling that the convention was unanimously approved at the Parliament and stressing that it is not possible for Turkey to withdraw from an international convention with a Presidential decree.

The Council of Europe accord, forged in Istanbul, pledged to prevent, prosecute and eliminate domestic violence and promote equality. Tayyip Erdogan also hosted and became the first signatory of the Istanbul Convention, the first international agreement to take on domestic violence, in 2011.

The Bar Assocition Istanbul former president lawyer Turgut Kazan said, “That it is not possible for Turkey to withdraw from an international convention with a Presidential decree”

So many lawyers have going to apply to the Council of State, requesting the cancellation of the appointment Turkey withdraws from Istanbul Convention.

CHP's Women's Branch Chairperson Aylin Nazlıaka vowed to fight the withdrawal in the Parliament and on the streets and squares if necessary.

The European Trade Union Confederation urges Turkey to reconsider pulling out of Convention on violence against women. ETUC Deputy General Secretary Esther Lynch said “It is a huge blow to the hopes and the rights of women in Turkey, and reduces the supervision of the Turkish authorities who should be putting in place policies and services to protect women from violence and to prevent violence against women.

Releasing a statement about the issue, Council of Europe Secretary General Marija Pejčinović Burić, “Turkey‘s announced withdrawal from the Council of Europe‘s Istanbul Convention on violence against women is devastating news. The Istanbul Convention covers 34 European countries and is widely regarded as the gold standard in international efforts to protect women and girls from the violence that they face every day in our societies. This move is a huge setback to these efforts and all the more deplorable because it compromises the protection of women in Turkey, across Europe and beyond.”

UN Joint Statement in urges to Turkey’s withdrawal from Istanbul Convention, “UN, We urge the Government of the Republic of Turkey to continue protecting and promoting the safety and rights of all women and girls, including by remaining committed to the full implementation of the #IstanbulConvention."