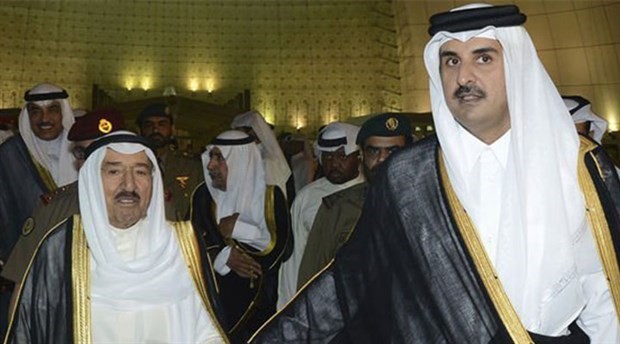 Saudi Arabia and other Arab countries that have broken off relations with Qatar have issued a list of demands to end a diplomatic crisis in the region, reports say. Their conditions include shutting down Al-Jazeera.
The 13-point list of demands was delivered overnight by Kuwait, which is mediating between Qatar and its neighbors on Friday.

The situation between Qatar and several Arab countries deteriorated earlier this month after Saudi Arabia, Egypt, the United Arab Emirates and Bahrain cut ties to Qatar over allegations the country funds terrorism. The dispute plunged Qatar into chaos and ignited the biggest diplomatic crisis in the Gulf since the 1991 war against Iraq.

Those four countries have now given Qatar 10 days to comply with all of the demands. The Associated Press, which obtained a copy of the list, reported that one of the demands called for Qatar to sever its diplomatic ties to Iran. The list also contained demands that Qatar close down a Turkish military base on its territory and shut down Doha-based broadcaster Al-Jazeera.

Quoting sources, Al-Jazeera reported that a list had been delivered to Qatar, but the broadcaster did not elaborate on its contents.

Doha has denied financing extremism. However, it remains a key patron of the Islamic Hamas movement, which rules the Gaza Strip, and is also seen to support the Muslim Brotherhood, a Sunni political group that is opposed to monarchical rule, as is practiced in many nations of the Middle East.

The list said Qatar owed an unspecified sum in compensation and demanded the Gulf country to cut all ties with the Muslim Brotherhood and other groups including Hezbollah, al-Qaida and the self-styled "Islamic State."
According to the list, Qatar must refuse to naturalize citizens from the four countries and expel those currently in Qatar. It must also deliver individuals accused of terrorism in those four countries and stop funding groups that are designated as terrorist by the United States.

Earlier this week, the United States urged Qatar's neighbors to come up with a list of demands that was "reasonable and actionable."

If Qatar agrees to comply, The Associated Press reported, it will be audited once a month for the first year, and monitored regularly over the next 10 years. Qatar's government did not have any immediate response to the demands.

Turkey: No plans to shut Qatar base

Turkish Defense Minister Fikri Işık told local broadcaster NTV on Friday that his country had no plans to review its military base in Qatar and dismissed demands for its closure as interferences in Ankara's relations with the oil-rich Gulf state.
"The base in Qatar is both a Turkish base and one that will preserve the security of Qatar and the region," said Işık.
On Thursday Turkey sent a small contingent of soldiers and armored vehicles to Qatar, after a fast-tracked legislative change allowed for more troops to be deployed there.

Turkey has been one of Qatar's key backers during the crisis. Also on Thursday, it sent its first shipment of food aid to the country. Turkey had already sent more than 100 cargo planes with supplies, but Turkish Economy Minister Nihat Zeybekci said maintaining an airlift was not a sustainable solution.

Overall, Turkish exports to the Gulf state have tripled from their normal levels in the three weeks since the embargo began.
Meanwhile, Turkish President Recep Tayyip Erdogan held talks with Saudi leaders on how to calm tensions and come to a diplomatic solution.