Having convened the general assembly of the Parliament, Turkey’s ruling party AKP has changed its current agenda swiftly by approving the bill allowing deployment of 3000 soldiers to Qatar. Though the opposition parties opposed it, it was passed with the votes of the AKP.

While a number of countries in the region, led by Saudi Arabia, has cut diplomatic relations with Qatar accusing it with ‘supporting terrorist organizations’, Turkey’s AKP has backed up Qatar with a decision for deployment of 3000 of its soldiers to the country.

A treaty with Qatar, which was only one of 300 security arrangements of Turkey with other countries that have been pending to be ratified in the Parliament, was rapidly brought to Parliament floor by AKP on Wednesday (June 7) and approved. 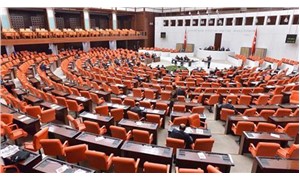 CHP MP: ‘AKP has given a message to Qatar that it is on their side’

Mentioning that deployment of 3000 troops to Qatar - whose army is made up of around 10K soldiers – is ‘quite noteworthy’, CHP’s İstanbul MP and member of parliamentary committee on foreign affairs Oğuz Kaan Salıcı said ‘AKP is giving a message to Qatar and saying we are on your side.’

Considering there are about 300 other protocols and treaties waiting to be brought to Turkey’s parliament, Salıcı said the reason behind the maneuver of AKP to immediately have this bilateral treaty approved now is obvious.

Salıcı drew attention to the major crisis in the Gulf and added: “If there had not been this specific effort (to pass it now), this particular treaty (with Qatar) was going to be debated in Parliament floor within the next 6 months. However, AKP took the date of voting on this treaty to an earlier date. We’ve expressed that we want Turkey to lead a fine diplomacy to make sure to take sides with neither parties…”

However, the fact that this treaty has now been approved, it shows Turkey’s ruling party AKP ‘is trying to take sides’, said the MP.

HDP MP: ‘AKP is trying to show off to other countries in the region’

Opposition party HDP’s Diyarbakır MP and member of the parliamentary committee on foreign affairs, Ziya Pir, also criticized the decision of AKP and said it was obviously a move ‘to take sides’ in the conflict.

Pir added: “We have seen that AKP does not want to be a mediator in this conflict but rather wants to be on the side of Qatar. The timing of the approval of the treaty in the parliament is absolutely very wrong... We normally oppose arrangements like this in principle; and, if it involves cooperation with dictators who oppress their people, we stand against it even more strongly. And, it is claimed here that Qatar takes sides with and directly provide money and arms to Muslim Brotherhood, Al-Nusra, and ISIL. This treaty should not have been brought up at this point. It is an attempt to show off to other countries in the region.”

Front-page article of BirGün published on 8 June 2017, Thursday with the title of 'AKP's agenda: support for Qatar'