Practicing the authority given to him with an emergency decree passed back in October of last year, Turkey’s president Erdoğan appointed rectors of 3 universities: University of Turkish Aeronautical Institution, İstanbul Bilim University, and İstanbul Kültür University.

Prior to the changes made in the relevant law in the constitution, candidates for the rector position at universities used to be selected in consideration of preferences of both faculty members and the students. Currently, however, the president makes the selection from the candidates suggested by higher education board and a board of trustees, as the rector elections has been lifted with the order of a statutory decree passed under the state of emergency that was declared in response to a coup attempt of July 2016. 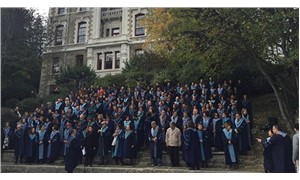 Lifting of the rector elections caused great reaction among members of the opposition, academics, students, and the public.

Despite objections, Council of Ministers and the President put the new regulation into practice.

Erdoğan's first direct appointment of a rector was appointment of Prof. Mehmed Özkan to one of the most accredited higher education institutions of Turkey, Boğaziçi University.